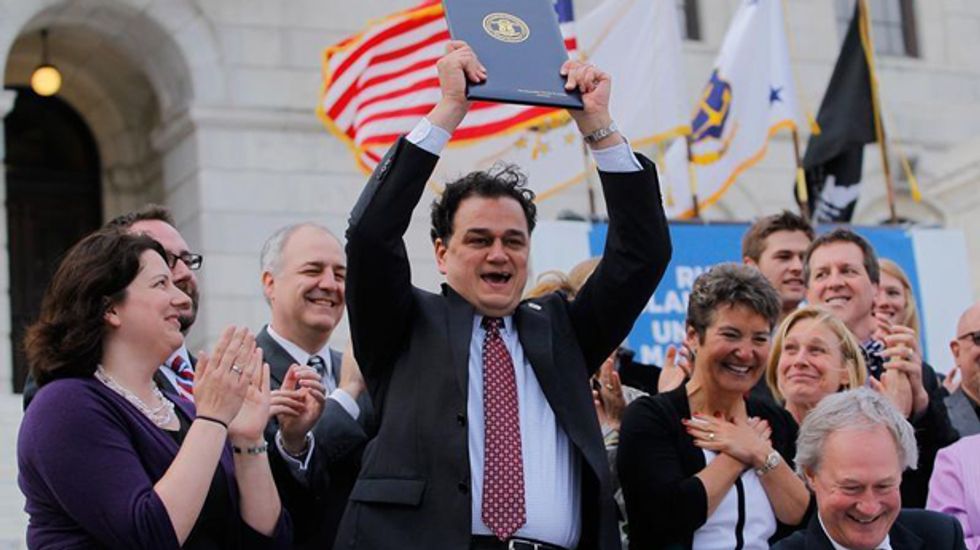 (Reuters) - The Democratic speaker of the Rhode Island House of Representatives resigned his leadership position on Saturday, a day after law enforcement officials searched his office and home in an investigation.

Gordon Fox said in a statement that he is giving up the speakership he has held since 2010 and that he would serve out his term as a representative in the House but would not run for re-election this fall. He has been in office for 22 years.

"Because of the respect I have for all members of the House of Representatives, I am resigning as speaker," Fox said. "The process of governing must continue and the transition of leadership must be conducted in an orderly manner."

The U.S. Attorney's Office for Rhode Island confirmed on Friday that two search warrants were executed in a joint investigation with the FBI, the Internal Revenue Service and state police. The nature of the probe was not disclosed.

As speaker, Fox was one of the most powerful figures in Rhode Island politics, overseeing the passage of legislation in the lower house.

"My personal focus going forward will be on my family and dealing with the investigation," he said. "Because of the nature of this matter, I will not be commenting further."