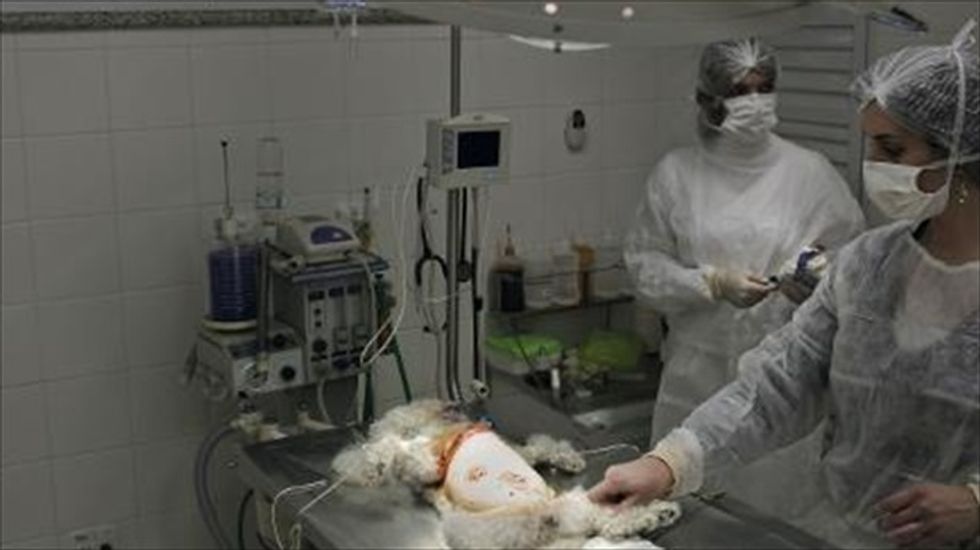 Veterinarian doctors prepare a dog for surgery at an animal clinic in Santo Andre, Brazil, on Au. 6, 2010 [AFP]

Conservative lawmaker Graca Pereira is behind the move to ban procedures such as tail docking -- the cutting off of part of an animal's tail -- and removal of cat claws, as well as ear cropping for dogs.

Last July, Brazil's national council of veterinary medicine published a resolution in its official journal urging such procedures be made illegal and that vets performing them be struck off the register.

In January, Sao Paulo state banned animal testing for cosmetic products -- although not for medicines.

Last October, a group of animal rights protesters stormed a laboratory in Sao Roque, on the outskirts of Sao Paulo, and freed 200 Beagle dogs being used in pharmaceutical tests.

The dogs had had their coats shorn and one was discovered dead, frozen in liquid nitrogen. Some showed signs of mutilation.