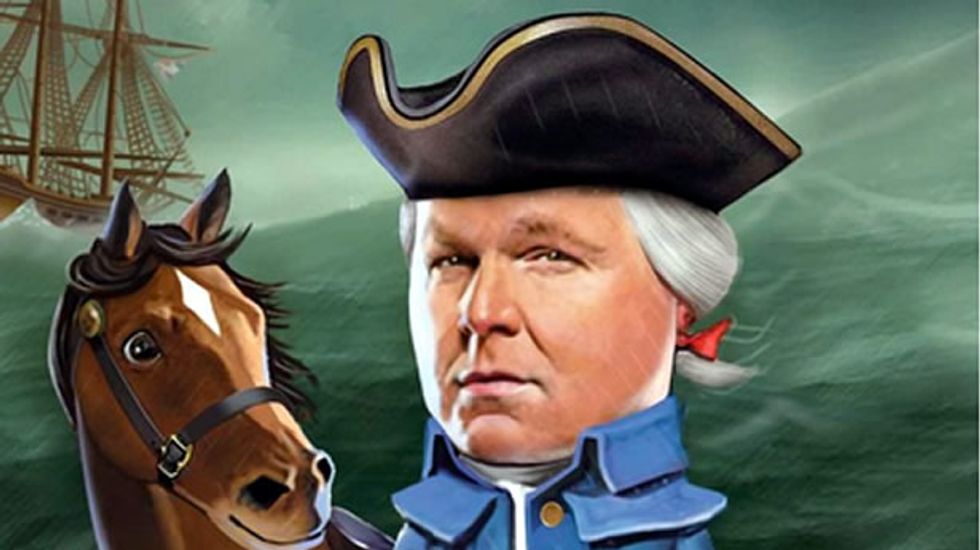 The Children's Book Council (CBC) has included Rush Limbaugh as a nominee for children's author of the year for Rush Revere and The Brave Pilgrims: Time-Travel Adventures with Exceptional Americans.

The CBC posted a letter on its official website defending Limbaugh's inclusion. "The Author of the Year and Illustrator of the Year finalists are determined solely based on titles’ performances on the bestseller lists -- all titles in those categories are listed as a result of this protocol," according to the letter.

"Some of you have voiced concerns over the selection of finalists from bestseller lists, which you feel are potentially-manipulable indications of the success of a title," it continued.

A discussion of "potentially-manipulable indications of the success of a title" ensued after the announcement was made on Facebook. Robert Trombetta noted that "[r]ight wing organizations and individuals reliably push right wing books up the best seller lists by buying them in bulk in order to give the impression that there is some kind of groundswell of interest."

Conservative organizations frequently purchase bulk orders of books by favored authors in order to propel them to the top of bestseller lists, and Limbaugh regularly plugs his novels on his syndicated radio program.

Others were happier with the nomination. Gary Lee thanked the CBC for "recognizing Rush Limbaugh -- a brilliant up and coming childrens book author. It is sad to see politically motivated liberals/progressives try to influence your selection process."

Eddie Nugent also applauded the decision, writing that it is "awesome" that Limbaugh is being recognized "on the merits of his work." He then congratulated the Council on its use of a selection process that it is not merit-based. "A further congrats," he wrote, "that the selection will be based on good 'ole American tenants of a capitalist economy -- demand and supply."