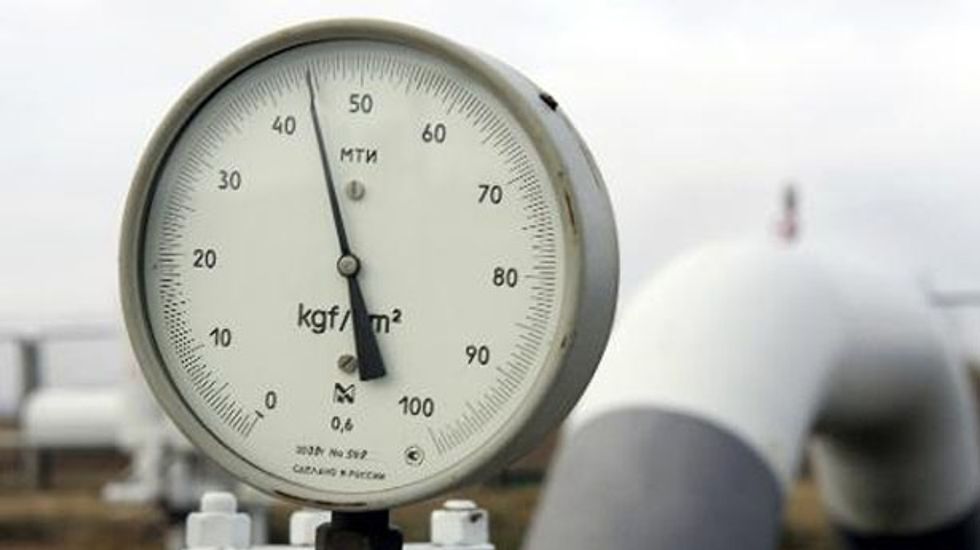 Prime Minister Dmitry Medvedev on Friday demanded Ukraine pay back $11 billion that he said Kiev had saved through discounted gas prices in return for hosting a Russian naval base in Crimea.

Ukraine owes the money because Crimea is now part of Russia and the two countries' 2010 lease agreement was now "subject to annulment," Medvedev said at a meeting of the Security Council.

"The Ukrainian state saved some $11 billion dollars and accordingly the Russian budget has a missed profit of the same $11 billion," he warned.

Soon after coming to power in 2010, then president of Ukraine, Viktor Yanukovych, agreed to extend the lease on Russia's Black Sea fleet in Crimea that was due to expire in 2017 for 25 years, until 2042.

In return, Moscow agreed to cut natural gas prices for Ukraine by $100 for every 1,000 cubic metres.

According to Moscow, Ukraine has been receiving the discount since 2010 even though the new lease agreement was not to enter force before 2017.

This week Russia officially made Crimea part of its territory despite condemnation from Kiev authorities and the West.

Medvedev, who signed off on the agreement with Yanukovych in his capacity as president in 2010, said it would be "absolutely legitimate" to seek the return of the money through courts even though he acknowledged such measures would be "tough".

He put Ukraine's total debt to Russia at $16 billion.

"I believe that we cannot lose such money taking into account the fact that our budget is also struggling," Medvedev said in comments released by the Kremlin.

Ties between Moscow and Kiev plunged to unprecedented lows after the Kremlin sent troops to Crimea following a popular uprising that ousted Yanukovych last month.

Washington introduced sanctions against Putin's close allies and urged Moscow to reconsider its takeover of Crimea.

Kommersant business daily reported earlier Friday that if the fleet agreement was annulled, Ukraine would end up paying up to $480 per 1,000 cubic metres for natural gas, the highest price of any of gas giant Gazprom's clients in Europe.

The expected gas price hike will deal a huge blow to Ukraine's struggling economy and is likely to exacerbate the raging political crisis.

End-of-the-year haggling over energy prices has become a familiar problem in bilateral ties, with Russia repeatedly cutting gas supplies to Ukraine and Europe over the past few years.