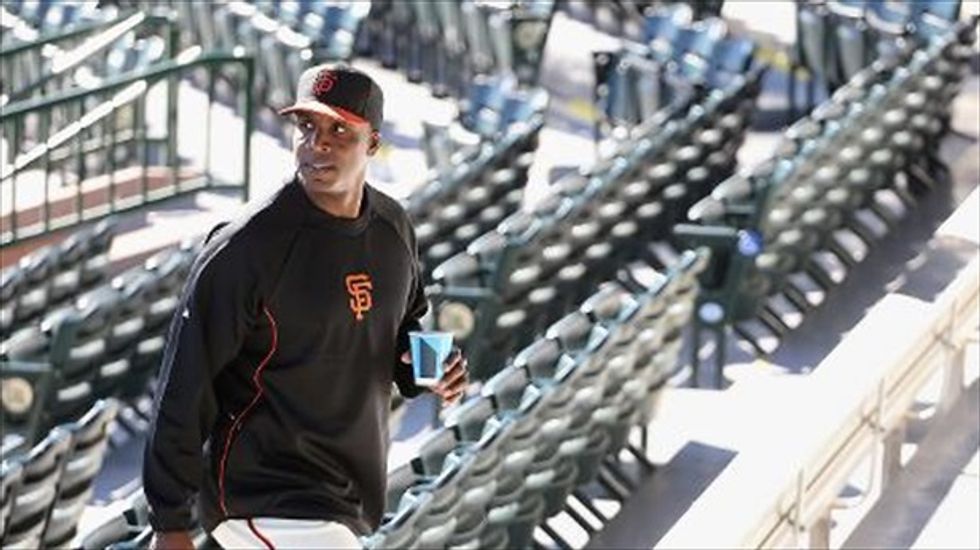 Barry Bonds of the San Francisco Giants arrives to a press conference about his return to the organization as a special hitting coach at Scottsdale Stadium on March 10, 2014 in Scottsdale, Arizona [AFP]

Barry Bonds, branded a drugs cheat and shunned by Major League Baseball because of his links to BALCO, has returned to the San Francisco Giants as a spring training hitting coach.

The face of MLB's notorious steroid era, Bonds appeared much slimmer as he entered the Scottsdale Stadium field in Arizona where the Giants are holding their pre-season training camp.

Giants manager Bruce Bochy said they "welcome" Bonds back to the team but did not go into details about what Bonds' specific role would be during his one week stint.

"We would always have a welcome mat out there for him," said Bochy on Monday.

Asked about his controversial career and the use of performance-enhancing drugs, American baseball's home run king refused to respond directly, saying "I have already been to court."

Bonds said he hopes to work with some of the club's younger players.

"I only have seven days, but I welcome younger guys and veterans to pick my brain," he said.

The 49-year-old Bonds is the central figure in baseball's steroid scandal.

He was convicted in 2011 of obstruction of justice charges in connection with his testimony before the grand jury looking into BALCO, the San Francisco lab that distributed performance-enhancing drugs to US athletes across a range of different sports.

Bonds new role with the Giants follows a return to baseball by a number of former drugs cheats, including Jason Giambi and Mark McGwire.

Giambi, an admitted steroid user according to leaked grand jury documents, is in his second season with the Cleveland Indians.

McGwire, who also admitted to using performance-enhancing drugs, now works as a hitting coach with the Los Angeles Dodgers.

Bonds spent his last 15 seasons with San Francisco, finishing in 2007 with 762 home runs.

He apparently signed a 10-year services deal with the Giants that included spring training visits.