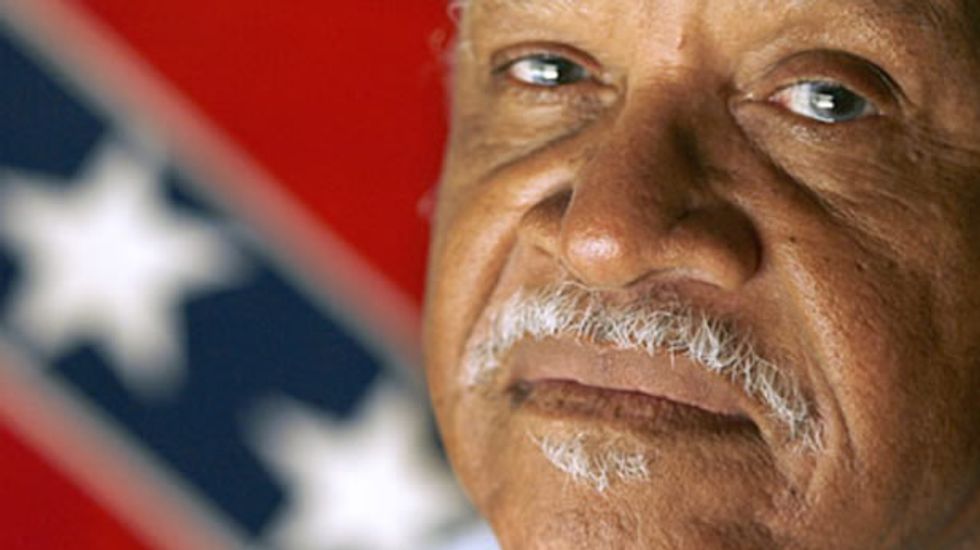 According to the Southern Poverty Law Center (SPLC), South Carolina Lieutenant Governor -- and incoming president of the College of Charleston -- Glenn McConnell has made a career capitalizing on the legacy of the Confederacy.

In 2007, for example, he appeared on a white nationalist radio program -- The Political Cesspool -- that ranks among its guests former Grand Wizard of the Ku Klux Klan David Duke. The show's mission statement states that it espouses "a philosophy that is pro-White" and is dedicated to "reviv[ing] the White birthrate above replacement level fertility and beyond to grow the percentage of Whites in the world relative to other races."

On the program, Lt. Gov. McConnell spoke to host James Edwards about Confederate history and Southern heritage month. The interview begins with Edwards praising McConnell's "distinct and distinguished Charleston accent." They then begin to discuss the role of the National Association for the Advancement of Colored People (NAACP) in a 2001 debate about the flying of the Confederate flag.

"Nobody had a problem with it until all of a sudden, I believe it was in the 1980s, the NAACP discovered that they were offended by it," McConnell said. "In the year of 2001, we agreed to remove the flag from the top of the capitol."

McConnell claimed that he "had biracial and bipartisan support for that, and everybody was happy, but the NAACP," but that for "all fair-minded people the controversy was resolved long ago, in the year 2001."

"What’s sad about that," he continued, "is that irresponsible grandstanding threatens to unravel the fabric of mutual respect and to divide our state for decades to come."

"What we did is, we sealed our state together by mutual respect, and let me explain that: first we went to a soldier's flag, so we could truly say that we respected the valor of the soldiers that left their homes and family to answer the call of the government," he concluded.

"And most of them didn't own slaves."

He did not, however, indicate how the NAACP should have "mutually respected" the valor of those that did.

Listen to audio from Lt. Gov. McConnell's appearance on The Political Cesspool via the SPLC below.