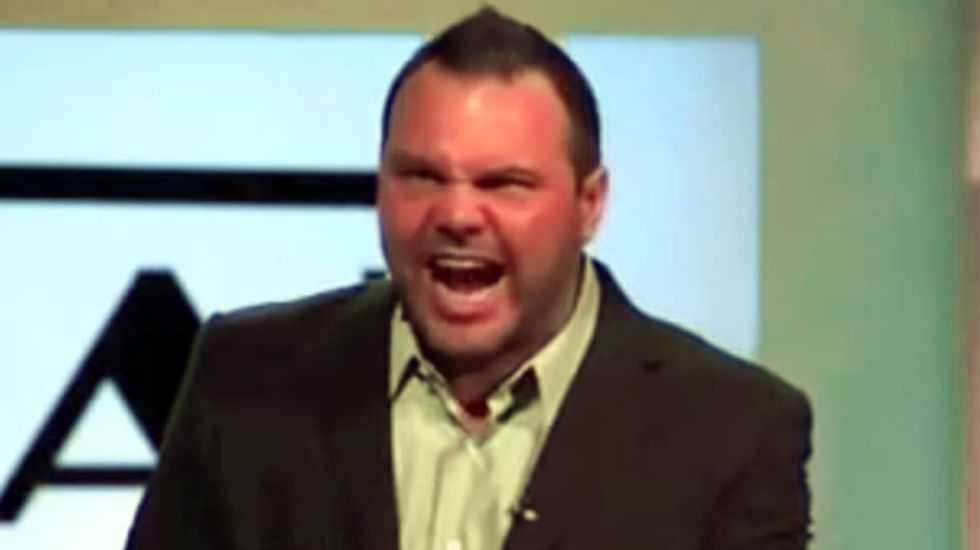 According to documents obtained by WORLD, a Seattle pastor spent nearly a quarter of a million dollars of his church's money to put his book on The New York Times bestseller list.

WORLD reporter Warren Cole Smith told KOMO News that "[t]he idea was to make it look like all of these books were spontaneously bought by individuals."

Smith added that "[a]ll the major bestseller lists discourage the practice and they put safeguards in place to prevent people buying their way onto the New York Times bestseller list."

The contract signed by church elder Turner -- obtained by Warren Throckmorton -- states that RSI needed the church "to provide a minimum of 90 different addresses for shipping the books to the author's clients for the bulk purchases. The addresses need to be spread around the country with no more than 3 addresses per state [because] the NYT bestseller list requires a minimum of 90 geographically disperse addresses."

In an email to WORLD, Mars Hill Church spokesman Justin Dean insisted that the transaction was not merely legitimate, but also profitable, claiming that it had netted nearly $200,000 for the church. "Pastor Mark’s generosity has never been in question, and both our board and senior staff [are] convinced that the church benefits both spiritually and financially from this writing ministry," Dean told WORLD.

Dean also claimed that Pastor Driscoll's attempt to game the system was, if wrong, done for the right reasons. "Mars Hill has made marketing investments for book releases and sermon series, along with album releases, events, and church plants, much like many other churches, authors, and publishers who want to reach a large audience," Dean wrote.

"We will explore any opportunity that helps us to get that message out, while striving to remain above reproach in the process. Whether we’re talking about technology, music, marketing, or whatever, we want to tell lots of people about Jesus by every means available. That’s what we’re all about and have been since 1996."

The message that Real Marriage wanted to get out includes the idea that "[m]en are like trucks -- they drive smoother and straighter with a load...Wise men know this and load themselves up early in life to get their education, careers, families, and ministries started as soon as possible because it gives them a good head start on the fools."

Marriage, for Driscoll, is predicated on a woman's ability to "trust" the man she's married. "When you consider how many men are really just boys who can shave," he writes, "think about how terrifying it must be for a woman to marry....When a woman marries a man, she's trusting that for the rest of her life he won't hit her, cheat on her, rape her, or kill her[.]"

Watch Mark Driscoll "screaming" at his parishioners about their sins, including cheating, via YouTube below.