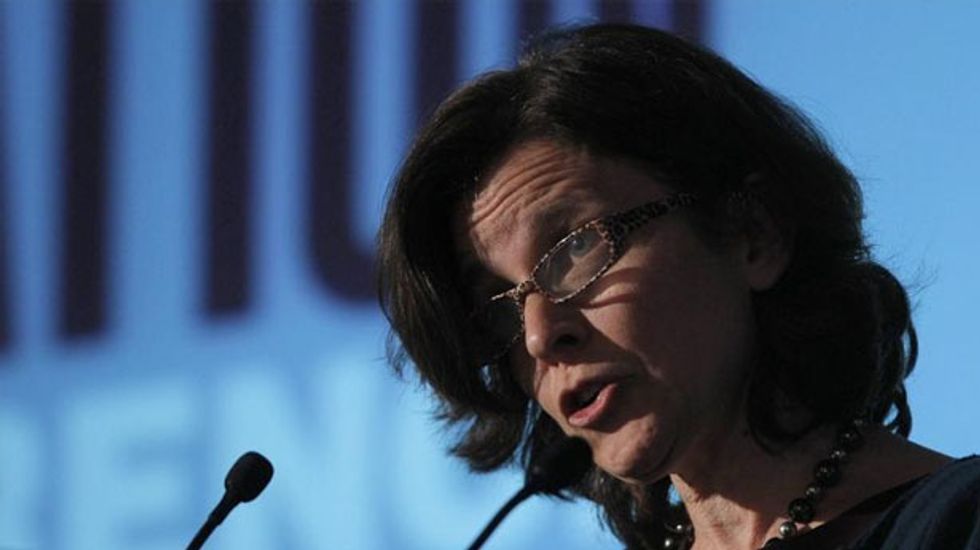 By Richard Cowan and Jason Lange

WASHINGTON (Reuters) - The U.S. Senate on Wednesday approved Federal Reserve Governor Sarah Bloom Raskin to be the No. 2 official at the Treasury Department, backing a critic of Wall Street to help coordinate an overhaul of financial regulations.

The Senate approved the nomination by voice vote.

Raskin, who was a state banking supervisor before she joined the Fed, is expected to play a central role in the roll-out of regulations aimed at preventing a repeat of the 2007-09 financial crisis.

Her departure from the central bank opens yet another seat on the Fed's board for President Barack Obama to fill. Obama on January 10 nominated former Bank of Israel Governor Stanley Fischer to serve as vice chairman and two others for regular board seats.

The Treasury declined to make Raskin available for an interview ahead of her confirmation, but in the past she has been an outspoken critic of some of modern finance's favorite ideas and pastimes.

For one, she disdains the practice of big banks making financial market bets to chase a profit, rather than only trading on the behalf of clients.

Raskin has argued the huge sums of cash that this proprietary trading pumps into markets is destabilizing because it makes risky bets appear less so, and could trigger sharp price drops when markets turn south. The orthodox view held by financiers - that large amounts of liquidity always create a more efficient market - is wrong, she has said.

"Price discovery actually is impeded by this hyper-liquidity," Raskin said in a July 2012 speech in which she criticized big banks for seeking quick profits. "Liquidity is not an inherent public benefit."

U.S. regulators approved in December the so-called Volcker rule, which clamps down on proprietary trading by publicly insured banks. The rule was mandated by the 2010 Dodd-Frank Wall Street reform law.

Regulators will be implementing the Volcker rule and other new financial regulations throughout 2014. Early in the Volcker rule's drafting, Raskin argued for a particularly strict version.

A 52-year-old lawyer by training, Raskin is expected to help guide the implementation of regulations via the Financial Stability Oversight Council, or FSOC, a watchdog created by Dodd-Frank to police systemic risks in finance. Treasury Secretary Jack Lew chairs the panel, which comprises top regulators.

Raskin's predecessor as deputy Treasury secretary, Neal Wolin, stepped down in August after helping lead the push for the Dodd-Frank law.

One pending decision at the FSOC is how to treat three insurance companies that were designated as systemically important earlier this year.

Raskin told lawmakers in November that systemically important insurance companies should not face the same capital rules as banks.

Raskin will be the highest-ranking woman in the Treasury's history. Earlier in her career, she was a Maryland banking regulator and a counsel for the Senate Banking Committee. Former regulators say her experience in Washington and the financial world will help her work with America's array of regulatory bodies.

"She knows how they work and knows where the key players are," said Harvey Goldschmid, a former commissioner at the Securities and Exchange Commission.

While the FSOC is tasked with coordinating regulators to avoid future crises, it has limited authority over them.

Ken Bentsen, the president and CEO at the Securities Industry and Financial Markets Association, a Wall Street trade association, said a key challenge for Raskin and the FSOC will be ensuring regulators avoid creating contradictory rules.

"If you can't corral the various agencies across markets to operate as one, then that undermines the efficacy of the FSOC," Bentsen said.