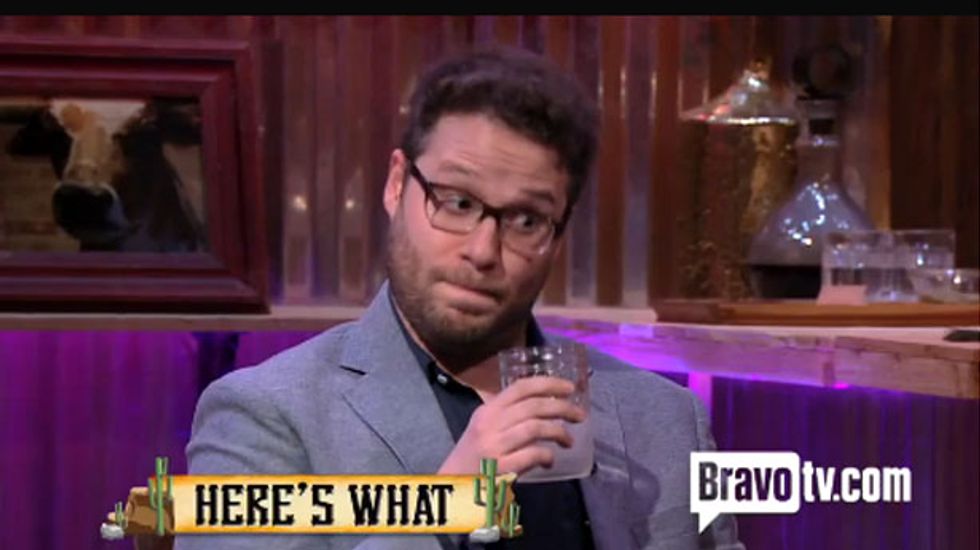 Appearing on Bravo TV's Watch What Happens Live, Seth Rogen, star of stoner classics Pineapple Express and This Is The End, name-checked a list of co-stars and Hollywood buddies with whom he had, and hadn't, smoked dope.

On a segment called  "Spill the Herbal Tea," host Andy Cohen listed off a collection of friends and co-stars of Rogen's, asking which ones he had "blazed up with."

Some of his answers:

Snoop Dogg - "Yeah, actually I have."

Barbara Streisand - "No, but we talked about it a lot. She's smoked weed with Peter Sellers though. That's the craziest shit ever!"

Surprisingly, Rogen admitted that he had never smoked dope with his Pineapple Express co-star James Franco: "This is really depressing for me to say. I've never smoked weed with James Franco. Because he doesn't smoke weed. That's why he's such a good actor. It's really sad, actually."

Watch the video below, from Bravo TV: