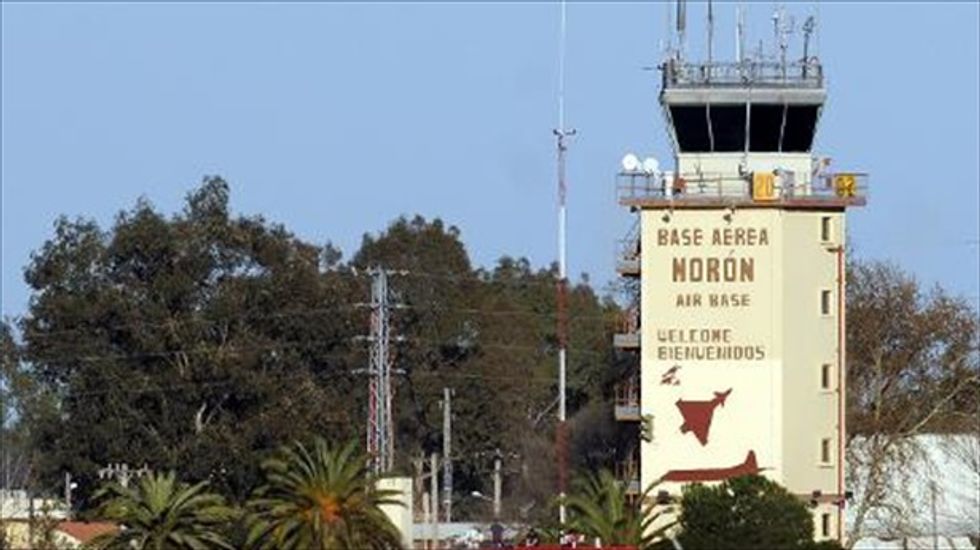 Firefighters stand in front of an air traffic control tower at the Moron de la Frontera air base, on March 18, 2011, near Sevilla [AFP]

Spain has approved plans to host an expanded US Marine Corps force that is designed to respond to crises in Africa and rescue American diplomats in emergencies, officers said Monday.

The "crisis response" task force was created in the aftermath of the 2012 deadly attack on a U.S. diplomatic post in the Libyan city of Benghazi, which left four Americans dead.

Under the agreement with Madrid, the U.S. military presence at Moron air base will increase to 850 Marines, along with additional aircraft, Pentagon spokesman Colonel Steven Warren told reporters.

"Spain has agreed to allow the task force to temporarily base there for an additional year and to increase the number of Marines from 500 to 850," Warren said, adding Washington was grateful to the Spanish government for the decision.

The rapid reaction force has already been called on several times since its creation, including for a mission to evacuate much of the US embassy staff in Juba when violence erupted in South Sudan.

The contingent, which the corps calls the "Special Purpose Marine Air Ground Task Force-Crisis Response," has a fleet of KC-130 transport planes and MV-22 Osprey tilt-rotor aircraft at its disposal.

The task force was set up in response to the Benghazi attack, as the military examined "how we could better respond to crises in the world," according to Warren.