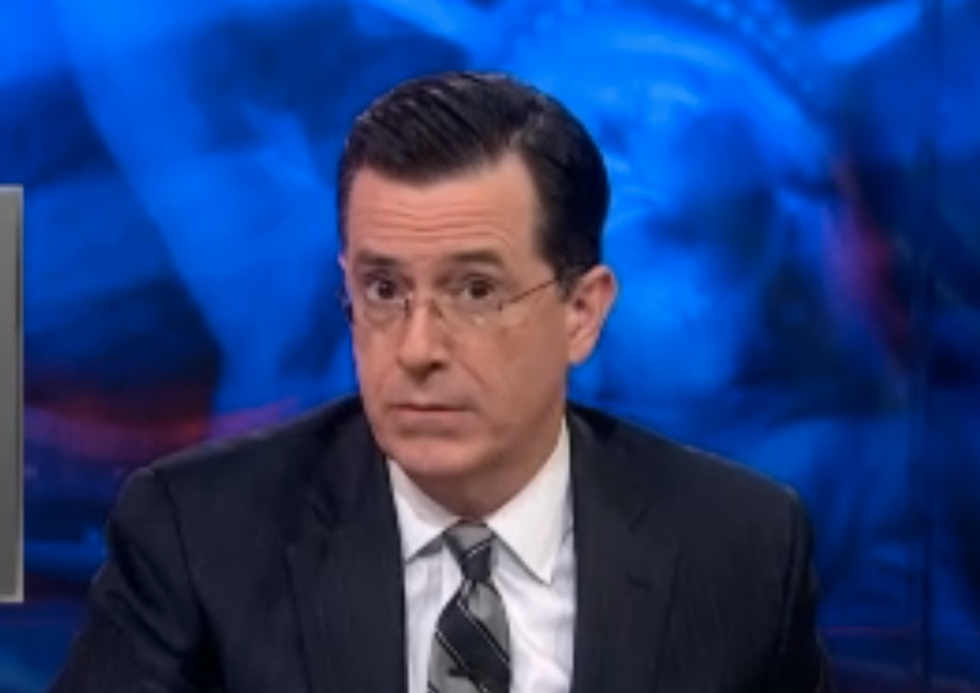 On Thursday night on his Comedy Central show, Stephen Colbert stood up for surreptitious perverts and voyeurs everywhere when he celebrated so-called "upskirt" photography as being a truly American pastime.

On Wednesday, a Massachusetts high court found that it is actually legal to shoot photographs up a woman's skirt without her knowledge.

Colbert said that with that ruling, "America got a little bit freer."

"Now, nation, for the record," he said, "and I want to be very clear about this. I do not approve of unauthorized groin photography. It is wrong."

However, he said, "Let me remind you. You cannot spell 'freak' without first spelling 'frea.'"

A Boston man who was twice accused of upskirting managed to escape punishment via a loophole in the law stating that a woman must be naked for a crime to have been committed.

"This decision means that upskirters no longer have to sit at the back of the bus," Colbert said. "They can lie on the floor like they like."

The Massachusetts state legislature ruled within 24 hours of the court decision that upskirt photography is, in fact, a crime.