Stradivari's greatest viola expected to sell for more than $45 million 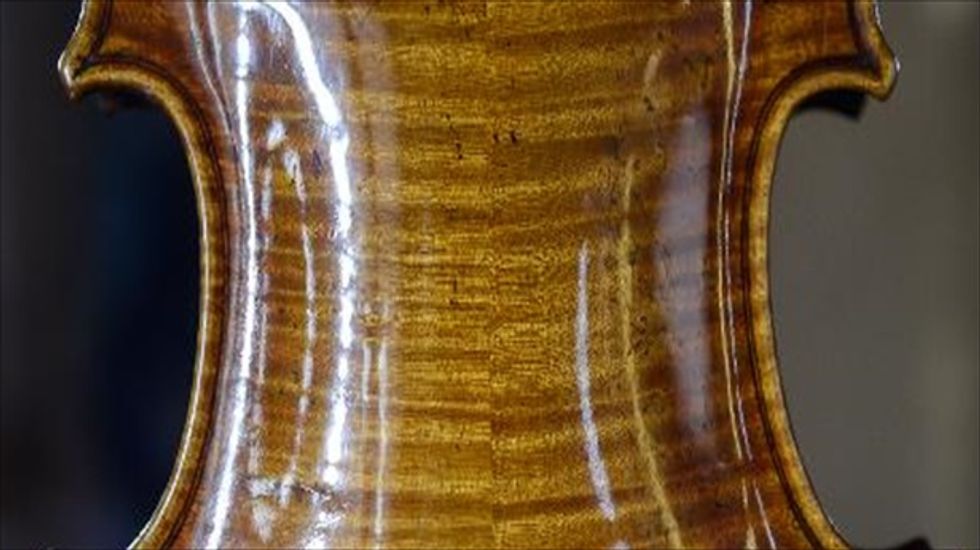 The world's greatest viola, the "Macdonald" made by Antonio Stradivari in 1719, went on auction in New York Wednesday in a closed sale expected to fetch more than $45 million.

Sotheby's says the exquisitely preserved and extremely rare instrument is one of only 10 complete Stradivari violas left in the world and the only one from the Italian master's prime.

"Antonio Stradivari is universally acknowledged as the greatest violin maker of all time," said Tim Ingles, director of Ingles and Hayday which is organizing the sale with Sotheby's.

"Around 600 instruments by Stradivari survive today but only 10 complete violas. The finest of all the violas is generally considered to be the Macdonald of 1719," he added.

"No Stradivari viola has been on the market for the last 50 years so this is truly a once-in-a-lifetime opportunity."

Sotheby's opened a sealed bid process for the viola on Wednesday with bids expected in excess of $45 million, it said. The bidding process will close in June.

The viola is being sold by the family of the late Austrian-British violist, Peter Schidlof, who was a member of the acclaimed Amadeus Quartet. He bought the instrument in 1964.

It's name derives from Godfrey Bosville, the third Baron Macdonald, who bought it in the 1820s.

The only other Stradivari viola which remains in private hands is held in the Library of Congress in Washington DC.

Violist David Aaron Carpenter described the viola as "the best preserved and probably the most beautiful of them all."