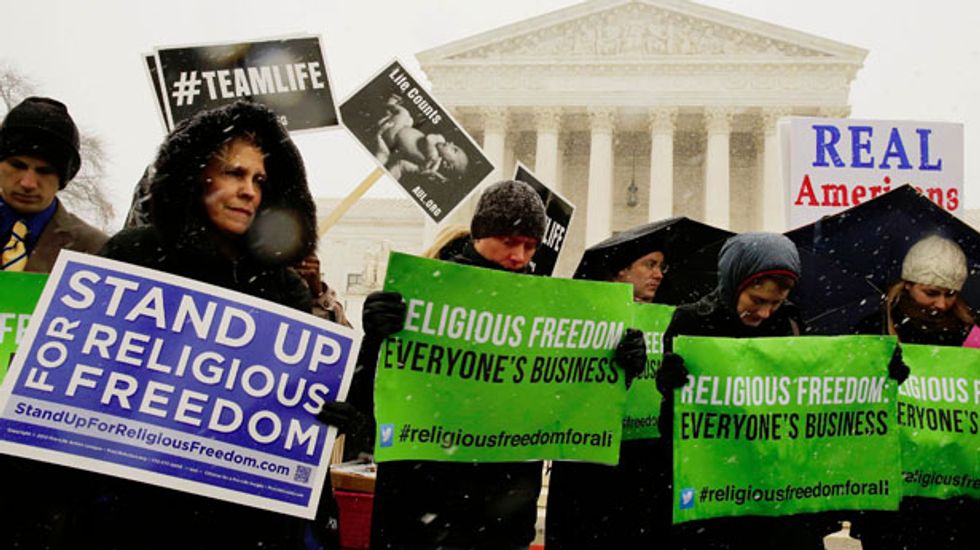 The cases were brought by a series of Roman Catholic-affiliated nonprofit groups based in Washington, D.C., including Catholic University.

The legal issue is different from one involving for-profit companies that also object on religious grounds to the so-called contraception mandate, which was argued before the high court last week.

The Supreme Court's decision not to hear the two cases at this stage means that the federal appeals court in Washington will proceed to decide the issue. If the groups lose, they would have another chance to seek Supreme Court review.

The Obamacare law requires employers to provide health insurance policies that cover preventive services for women, including contraception and sterilization. The act makes an exception for religious institutions such as houses of worship that mainly serve and employ members of their own faith, but not for schools, hospitals and charitable organizations that employ people of all faiths.

As a compromise, the administration agreed to an accommodation for non-profits affiliated with religious entities that was finalized in July 2013. But the various Catholic groups said the compromise process still violated their religious rights, prompting a new wave of litigation.

Courts across the country have granted the groups injunctions which prevent the administration from enforcing the mandate during the litigation.