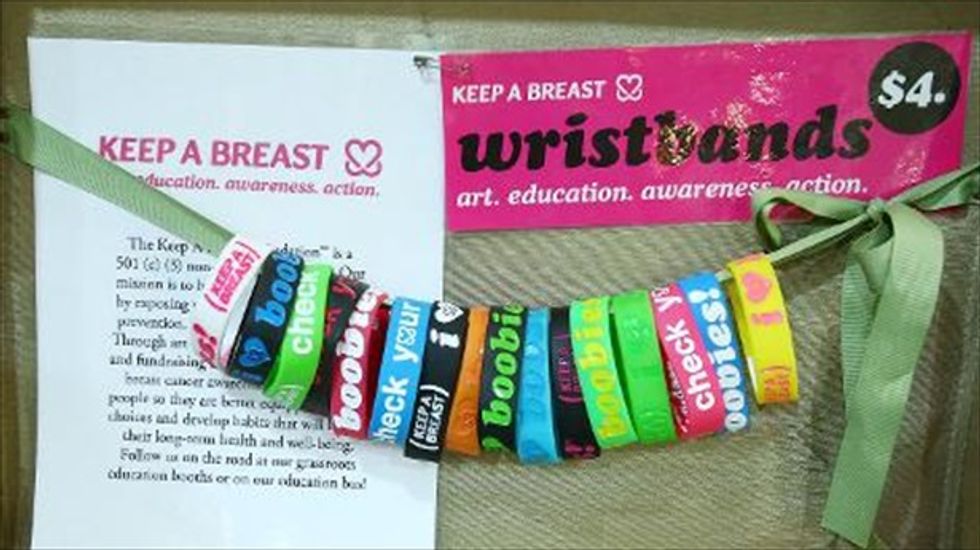 Two U.S. students won the right to wear breast cancer awareness wristbands bearing the slogan "I Heart Boobies" Monday after the Supreme Court dismissed a bid by a school district to ban the bracelets.

The top court announced it would not hear a case sought by Easton Area Middle School, meaning that a lower court ruling last year in favor of the students will stand.

The case, which triggered an outcry at the time, began in 2010 when students Brianna Hawk and Kayla Martinez were ordered not to wear the silicone wristbands, which had been sold by the Keep A Breast Foundation ahead of national Breast Cancer Awareness Day.

Lawyers for the Pennsylvania school district had argued that the wristband's lighthearted slogan carried sexual connotations but the schoolgirls continued to wear them citing rights to freedom of expression.

The American Civil Liberties Union challenged the school district's position, culminating in a decision by the US Court of Appeals in August preventing the school from banning the bracelets.