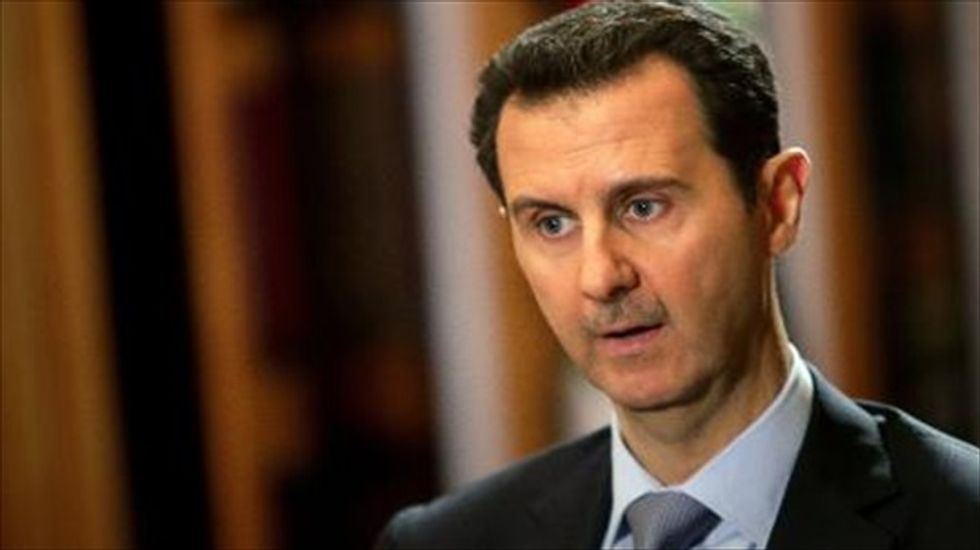 Syria's exiled opposition will be barred from a presidential vote to be held before July, virtually ensuring Bashar al-Assad's re-election three years into an uprising against his family's four-decade rule.

Saturday marks the third anniversary of the revolt, which began as peaceful protests calling for democratic change but deteriorated into an insurgency and then civil war after the regime brutally crushed dissent.

Assad has remained in power despite fighting that has killed more than 146,000 people and driven millions from their homes, while rebels have seized large swathes of the country.

The opposition has repeatedly insisted that Assad must step down as part of any peace agreement, most recently in two rounds of failed talks earlier this year.

In keeping with a constitution adopted in 2012, the election will be open for the first time to multiple candidates, including from outside the ruling Baath party.

Assad has not announced his candidacy but is widely expected to seek another seven-year term.

A new electoral law approved by parliament Thursday says any candidate must have lived in Syria for the past 10 years and not hold any other nationality.

That effectively bars any member of the Istanbul-based National Coalition, an umbrella opposition group.

The only other candidates who appear eligible would be those from the tolerated opposition in Damascus, who have little popular support and no connection to the rebels.

The election must be called 60 to 90 days before the end of Assad's term on July 17.

Previous elections have been referendums to confirm the candidate chosen by the Baath party, whose power was entrenched in a 1973 constitution.

In the devastated city of Homs, hailed as the "capital of the revolution" over mass rallies in 2011, some residents in government-held neighbourhoods have hung posters urging Assad to run again.

"Because you are a symbol of our victory and our resistance, we implore you to be a candidate for the presidency," reads the caption beneath a smiling Assad on one banner.

Both Syria's opposition and international mediators have rejected plans to hold a presidential election in the middle of a civil war, warning that doing so could deal a further blow to already faltering peace negotiations.

"If there is an election, my suspicion is the opposition, all the oppositions, will probably not be interested in talking to the government," UN-Arab League envoy Lakhdar Brahimi said Thursday in a briefing to the Security Council.

That drew criticism from Damascus, which said he had overstepped his role.

"Brahimi must respect his role as mediator, and be honest and impartial. His comments exceeded his authority," state television quoted Information Minister Omran Zohbi as saying Friday.

Veteran Algerian diplomat Brahimi is due to travel on Sunday to Iran, a key ally of Damascus.

Syria's regime has long portrayed the rebels as "terrorists" backed by foreign powers, insisting it has been able to survive the conflict because it has the support of the people.

But it has been accused of wide-ranging atrocities, from the jailing and torture of thousands of people to dropping so-called barrel bombs from the air, a tactic rights groups say fails to discriminate between fighters and civilians.

The rebels -- particularly the jihadist Islamic State of Iraq and the Levant -- have also been accused of human rights violations, and a significant part of Syria's population supports Assad out of fear for what might come after him.

With more than 2.5 million Syrians registered or awaiting registration as refugees in neighbouring countries, Syrians are expected to soon overtake Afghans as the world's largest refugee population.

More than 6.5 million people are displaced inside the country, meaning the total number of Syrians who have fled their homes now exceeds 40 percent of the pre-conflict population, the UNHCR said, stressing that at least half of them are children.