The Hobby Lobby Case Is About Spreading Lies About Contraception 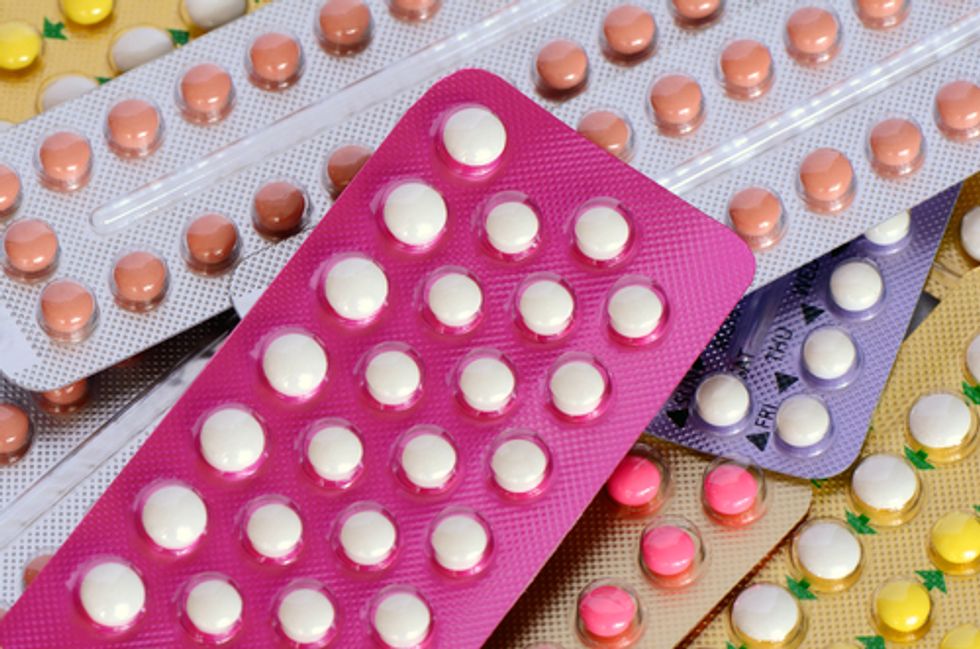 Conservatives hope that if they call birth control pills "abortion" enough, we'll all be stupid enough to believe them.

TPM has commentary from Dr. Lin-Fan Wang about the Supreme Court case that I think is absolutely necessary. Dr. Wang isn't really weighing in on the merits of the case---she supports the HHS in this, but that's not her focus---so much as she's denouncing the way many media outlets are treating religious myths and scientific facts regarding contraception as a "both sides" issue. "The news coverage of the birth control benefit has been riddled with inaccurate statements, in particular, the allegations that the law requires coverage of abortifacients (medicine that causes abortion) or that the science is unclear on whether the FDA-approved contraceptives are abortifacients," she writes, making it absolutely clear that none of these claims from Hobby Lobby or their lawyers are true. Here are the actual, scientific facts:

FACT: The ACA requires new health insurance plans to cover the full spectrum of FDA-approved forms of birth control. It does not require coverage of abortion or abortifacients.

FACT: Pregnancy occurs when a fertilized egg implants into the uterine lining. After implantation, that’s when a pregnancy test turns positive. Even among women not on birth control, not every fertilized egg implants. Therefore, the possibility that the copper IUD could inhibit implantation does not make it an abortifacient. This is not an opinion. This is the shared consensus of the medical and scientific community, including the American College of Obstetricians and Gynecologists.

But you know what? None of this actually matters when it comes to the merits of the case. The argument isn't about science, but about religious belief and whether or not providing a compensation package to your employees that they may use in ways your god disapproves of is a substantial burden to your religious belief.  Right now, the argument is limited to health insurance, but the principle---that how you use your compensation after you earned it should be limited by your employer's religious beliefs---could be extended to your paycheck, as well, using the same kinds of legal arguments. But the point is that it doesn't matter what the religious belief is, not really. Your employer could argue that he thinks insulin gives you demons and that would be a reason he doesn't want to be "complicit" by signing a check to an insurance company so that part of your pay goes to you in health insurance and you then use that pay to pay for your insulin. The actual content of the belief doesn't seem to matter, under the law that Hobby Lobby is suing under. The only thing that matters is that the person---or company, in this case---demanding religious accommodation is exhibiting sincere religious beliefs that would be substantially burdened. If the sincere belief is that insulin is demonic or birth control pills are somehow secret abortions, it doesn't matter if the science proves definitively otherwise. The whole point of faith is that it's impervious to things like facts.

So, I ask you, why are anti-choicers so intent on hammering at legally irrelevant myths such as "birth control is abortion"?  Well, I have a theory and it's that this case is about more than just getting the contraception mandate overturned or giving your boss rights to force you to abide by his religious dogma by manipulating your compensation package, though those are also important agenda items for the right. This case is also about manipulating the media, specifically to warm the mainstream media up to the idea that contraception is "controversial". Like I argue at Daily Beast today, "the next move is to start disparaging contraception directly, building up more political support to find new and innovative ways to make it harder for women to get, just as the right made abortion harder to get." The idea is to get the mainstream media sources to say, "One side says birth control is abortion" over and over and over and over again, until the idea "birth control=abortion" is considered a normal one in American culture. And since abortion is controversial, then, they hope, they can make contraception controversial, too. Once contraception is "controversial" like abortion is, then it's a hop, skip and a jump away to convincing Republicans it's politically safe now to start passing laws restricting access to it. Unfortunately, there's a good reason to believe that repeating a talking point over and over can start to convince people it's true, even if it's utterly and completely groundless, as this one is.

So while the lie that birth control is abortion is legally irrelevant to this case, that lie has great political importance, because, if it takes, they can start to expand the war on contraception. It might not work, since contraception is so politically popular. But the right has also, with abortion, perfected the "chipping away" strategy. Now that the idea that contraception is "controversial" is getting traction, then it might turn out to be surprisingly easy to start restricting access, especially for marginalized women like women living in poverty. Indeed, if they get the contraception mandate struck completely, a lot of women who live paycheck to paycheck will stop being able to afford their birth control. So, in a sense, it's already working.