The 'Sicilian Space Program' has launched a cannolo into space 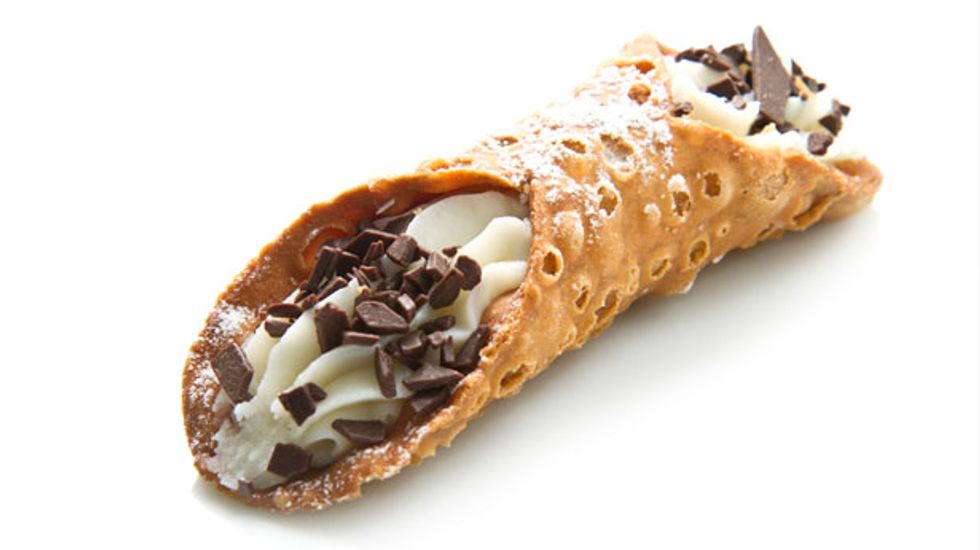 ROME (Reuters) - Sicilian amateur scientists have launched a model cannolo, a cream-stuffed pastry roll symbolic of the Italian island, into the stratosphere, capturing bizarre images of the dessert flying far above the earth.

The 'Sicilian Space Program', which cost a rough total of 350 euros, had symbolic importance as well as being a scientific feat, the three natives of the island town of Enna behind it told Reuters.

"Sicily has always been a place of negative connotations, mafia and unemployment. We wanted to lift up Sicily in our own way," said filmmaker Fabio Leone, 34, who recorded the project with Antonella Barbera, 38.

Their heavily indebted island, long plagued by organized crime, was forced to impose a strict spending program by Rome in 2012 and has one of the highest unemployment rates in Italy.

Attached to a large helium-filled balloon, a home-made spacecraft called the 'Cannolo Transporter' equipped with two cameras and a GPS tracker, captured stunning and comical images as the cannolo soared above the clouds towards space.

It rose to at least 29,768 meters according to Paolo Capasso, 37, a computer technician responsible for the careful calculations behind the launch on February 2.

As a real cannolo would be unlikely to survive the voyage, the group made a model of the cherry-studded pastry with a polymer clay material hardened in an oven.

The craft had to weigh under 2 kilos to qualify for the easiest official permits required to fly into high altitude.

The body of the craft was made from an insulated icecream box, which protected the camera batteries from temperatures that dropped below -50 degrees Celsius.

Atmospheric pressure decreased as the Cannolo Transporter rose, causing the balloon to expand until it eventually burst. It then tumbled back to earth, slowed by a small parachute.

It landed in hills near the village of Bompietro, 25 km (15 miles) from where had been launched at the peak of the Rocca di Cerere nature park. It was recovered by the team who followed the GPS signal on a hunt through fields of sheep.

[Sicilian cannoli with chocolate on Shutterstock]