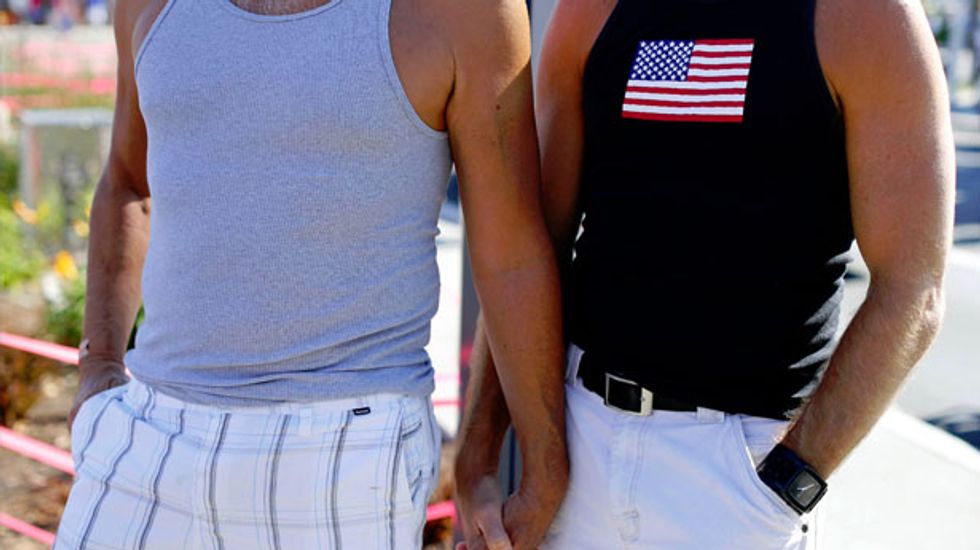 (Reuters) - Thirteen people filed a lawsuit on Friday urging a federal judge to overturn an Indiana law that bans gay marriage or recognition of same-sex marriages performed elsewhere, arguing that it violates their rights under the U.S. Constitution.

The lawsuit filed in Indianapolis federal court is the second challenge to Indiana's law filed in the past week and one of a series of cases brought by gay rights supporters around the United States.

Gay marriage bans have been challenged in numerous states since a U.S. Supreme Court decision in June 2013 that requires the federal government to recognize same-sex marriages.

Friday's lawsuit in Indiana involves a widow whose same-sex marriage is not recognized by the state, along with several gay couples who are married or would like to wed and cannot under the state law, and two children of those couples.

"The government is a powerful teacher of discrimination," attorney Sean Lemieux, who represents the plaintiffs, said in a statement. "There is no justification for Indiana to treat these families as second class citizens."

The lawsuit comes as gay rights advocates gain momentum in their fight to legalize same-sex marriage. Federal judges have recently struck down gay marriage bans in states including Utah and Texas. Such rulings have been put on hold pending appeals.

The trend follows a U.S. Supreme Court ruling in June that legally married same-sex couples nationwide are eligible for federal benefits. The decision struck down a key part of the 1996 federal Defense of Marriage Act.

Indiana is among more than 30 states that still ban gay or lesbian couples from marrying. Indiana's attorney general has said he will defend the state's ban, and a spokeswoman on Friday referred to his prior statements.

The American Civil Liberties Union of Indiana and the national ACLU also represent the plaintiffs, who contend Indiana law unconstitutionally denies them rights given to heterosexual couples.

Midori Fujii, whose same-sex spouse died in 2011 after three years of marriage, does not receive the same protections granted heterosexual widows in Indiana, putting her at a significant disadvantage, according to the lawsuit.

The law treats married same-sex plaintiffs as "legal strangers," and the children of gay couples whose marriages are banned or not recognized are denied legal protections and other support only provided by marriage, the lawsuit states.

(Reporting by David Bailey in Minneapolis; Editing by Stephen Powell)