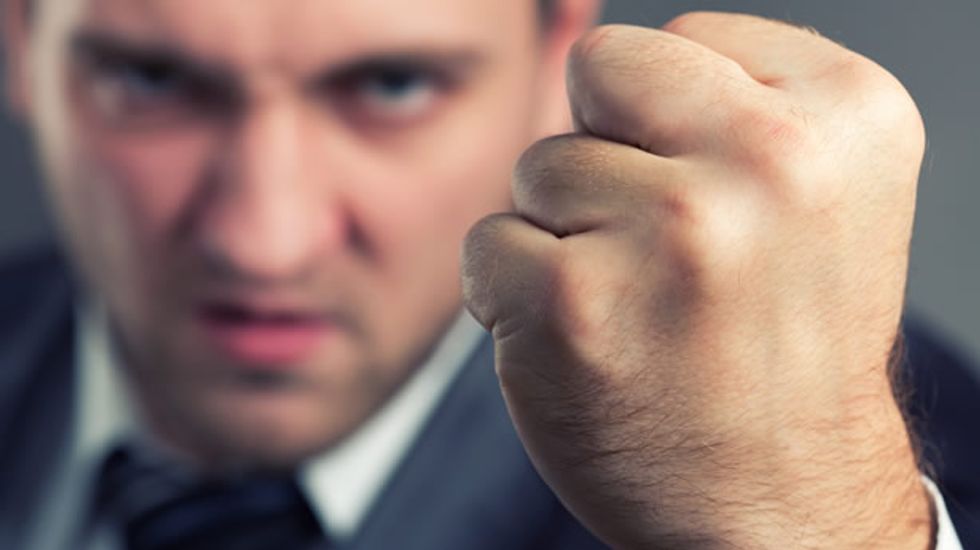 A jury in Georgia found a woman whose son posted a photoshopped picture of his injured hand on Facebook guilty of making false statements to police, tampering with evidence, and obstructing an officer.

In February of last year, Davida Caylor went to police claiming that Heritage High School Assistant Principal Eric Beagles had slammed her son's hand into a desk, causing a deep and painful bruise. That same day, her son, Gregory Black, posted a photograph of his hand on Facebook.

The photograph showed a hand that was deeply bruised, its fingers red and knuckles grotesquely swollen. Black tagged his mother in the photograph, and she commented on it, writing "What happened to my child, no kid deserves."

Investigators quickly determined, however, that the hand in the photograph had either been photoshopped, or that it wasn't even Black's, because photographs taken of the hand in subsequent days didn't show injuries consistent with those in the original photograph.

The defense argued -- and prosecution witnesses confirmed -- that Caylor had not shown the photograph to Detective Freddie Roden, the lead investigator, nor did she tell him it was real, nor did he even question her about it. Nevertheless, prosecutors claimed the doctored or faked photograph was part of a criminal conspiracy, led by Caylor, to frame Beagles.

The incident that led to Beagles striking Black's hand occurred on February 6, 2013, when Black was sent to Beagles's office over a remark he had made in the lunchroom. The assistant principal informed Black that he would suspended for the remark, at which point Black said he was going to call his father and reached for the phone.

According to Black, Beagles then grabbed his hand, twisted it, and slammed it to the desk. In court, Beagles admitted that he took the phone from Black, and that Black's fingers may have gotten caught between the receiver and its base when he hung it up. Whatever happened, Black was sent to the school nurse, who initially documented that knuckles on three fingers were swollen. When the swelling failed to subside, the nurse sent Black to Hutcheson Medical Center, where doctors noted the bruising and placed two fingers in splints.

However, Lookout Mountain Assistant District Attorney Chris Arnt argued, the photograph that Black posted was "misleading," making it appear as though Beagles had severely beaten the teen. He also claimed that the teen was a victim of the undisciplined culture in which he was raised.

"Twenty years ago," Arnt said, "you would have gotten a paddling. Then, your parents would have paddled you, too."

In his closing statements, he showed the jury pictures of Black's actual hand -- swollen and splinted -- and said that "even if this is from Mr. Beagles slamming a child's hand on the desk, this is a matter for the children and the school."

Watch a report on the story from the Chattanooga News below.

["Angry Businessman Threaten With A Fist" on Shutterstock]