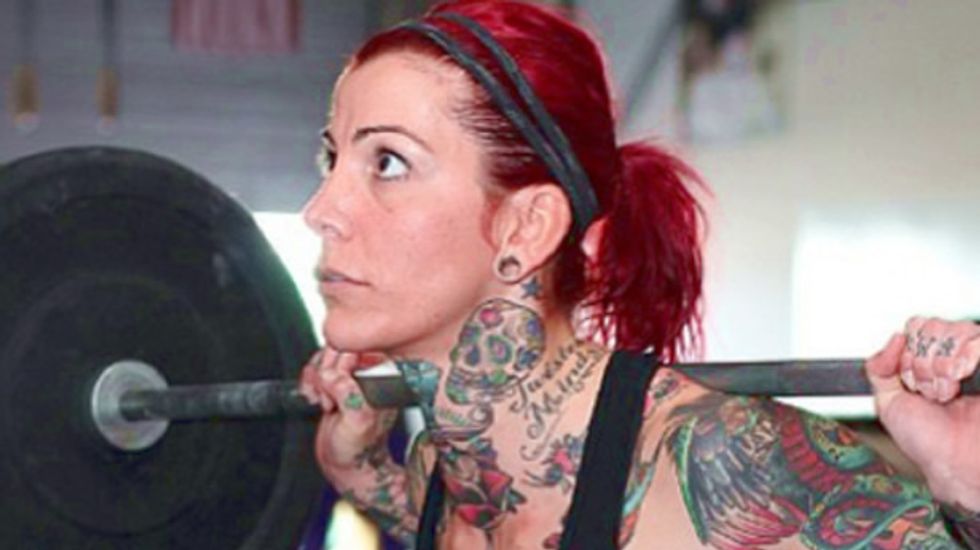 A transgender woman who was prohibited from competing in a CrossFit competition has filed a discrimination suit against the company for $2.5 million.

The lawsuit claims that a teammate of Chloie Jonnson sent an anonymous email to CrossFit asking about the legitimacy of allowing Jonnson -- who was born biologically male, but underwent sexual reassignment surgery in 2006 and is recognized as a woman by the state of California -- to compete as a female in the CrossFit Games.

CrossFit determined that athletes must compete in accordance with the gender of their birth. In a letter obtained by TMZ, the company argued that "[t]he fundamental, ineluctable fact is that a male competitor who has a sex reassignment procedure still has a genetic makeup that confers a physical and physiological advantage over women."

It also insisted that its "decision has nothing to do with 'ignorance' or being bigots -- it has to do with a very real understanding of the human genome, of fundamental biology, that you are either intentionally ignoring or missed in high school."

Jonnson's attorney, Waukeen McCoy, disagreed, telling CNN that his client "doesn't have an advantage over other women. She's been on estrogen for such a long time. She's female. She's legally female. A corporation like CrossFit, they're doing business in California. The law precludes from discrimination on gender identity."

In a statement released to the press, Jonnson said that she did not identify as transgender, and that CrossFit essentially outed her. "If I am going to be forced to out myself," she said, "I want it to be for the good for all transgendered people and athletes -- not because of a company's discriminatory policies."

Watch video of Jonnson training below.