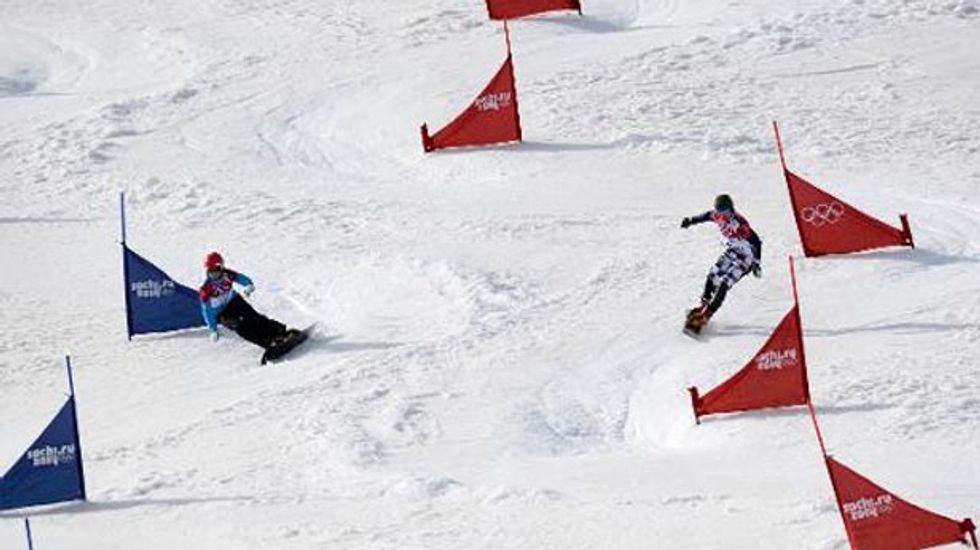 Russian authorities on Monday declared an avalanche warning for the mountain resort used to host the Sochi Winter Olympic and Paralympic Games events, after an avalanche killed two women in the area at the weekend.

The avalanche hit the Rosa Khutor complex used for the Olympic and Paralympic Alpine events, killing a teenage girl and a woman, regional investigators said Monday.

The avalanche "hit a group of six skiers and pushed them off the piste. They were not injured but a 16-year-old girl and a 45-year-old woman standing at the bottom of the slope were covered with snow and died", the Kuban regional investigators said in a statement.

The women who died were believed to be members of a group of skiers from the Krasnodar region, the investigators said.

The accident came just a week after the closing of the Paralympic Games, which used the winter sports complex after the Sochi Winter Olympic Games in February.

The Rosa Khutor Alpine Centre is a resort capable of hosting 10,000 people a day and is key to Russia's plan to make the hugely costly Olympic infrastructure commercially viable after the events.

Investigators went to inspect the 3.2-kilometre-long (two-mile) "Labyrinth" piste where the accident occurred and said they would carry out an initial check before launching any criminal proceedings.

The southern Krasnodar region's emergency ministry on Monday gave an avalanche warning lasting until Thursday for the mountain area above a height of 1,300 metres (4,265 feet).

Local media reports said that some of the pistes had been closed because of the avalanche warning, including the Labyrinth, but otherwise the Rosa Khutor resort was working normally.