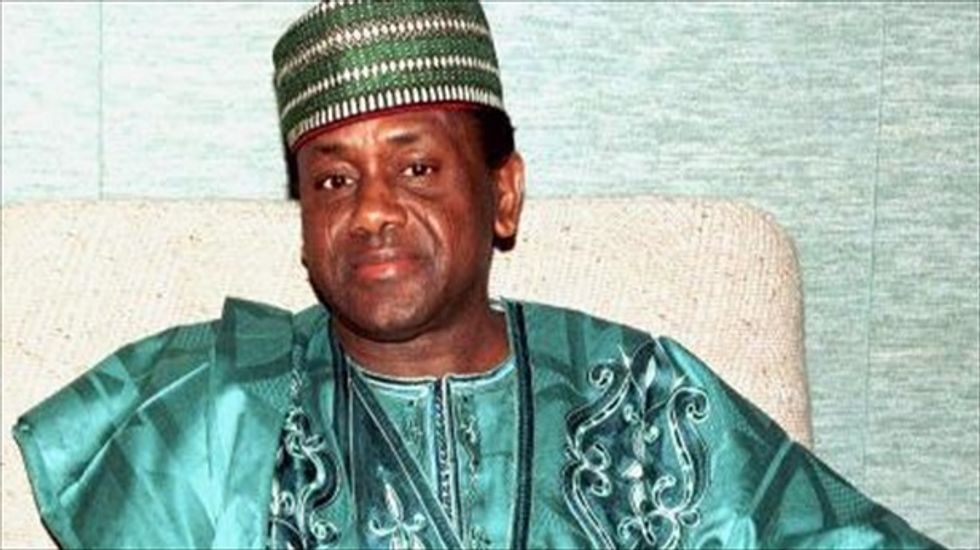 Nigerian President General Sani Abacha is pictured during a summit in Lome on March 26, 1997 [AFP]

The United States said Wednesday it had ordered a freeze on $458 million in assets stolen by former Nigerian dictator Sani Abacha and his accomplices and hidden in European accounts.

The Justice Department said the corruption proceeds -- stashed away in bank accounts in Britain, France and New Jersey -- were frozen at Washington's request with the help of local authorities.

Abacha died in office in 1998, but his surviving relatives still include some of the richest and most influential figures in Africa's most populous nation.

According to a civil forfeiture complaint unsealed in the US District Court in Washington, the department wants the recover more than $550 million in connection with the action.

"This is the largest civil forfeiture action to recover the proceeds of foreign official corruption ever brought by the department," said Mythili Raman, acting assistant attorney general.

"General Abacha was one of the most notorious kleptocrats in memory, who embezzled billions from the people of Nigeria while millions lived in poverty," she said.

The Justice Department said the assets frozen -- along with additional assets named in the complaint -- represent the "proceeds of corruption" during and after the military regime of Abacha, who became president of Nigeria through a military coup on November 17, 1993 and held that office until his death on June 8, 1998.

The complaint alleges that Abacha, his son Mohammed Sani Abacha, their associate Abubakar Atiku Bagudu and others "embezzled, misappropriated and extorted billions from the government of Nigeria and others, then laundered their criminal proceeds through the purchase of bonds backed by the United States using US financial institutions."

Raman said that the action sends a "clear message" that the United States is "determined and equipped to confiscate the ill-gotten riches of corrupt leaders who drain the resources of their countries."

The U.S. government's Kleptocracy Asset Recovery Initiative "where appropriate" provides for the return of stolen proceeds "to benefit the people harmed by these acts of corruption and abuse of office."

It did not specify what action would be taken with regard to the Abacha case.

Four investment portfolios and three bank accounts in Britain were frozed, with an estimated value of at least $100 million but the exact amounts in the accounts have not yet been determined, it said.

The Justice Department said that on February 25 and 26, authorities in Jersey, France and Britain complied with the US action to freeze the assets.

According to the complaint, Abacha and others systematically embezzled billions of dollars in public funds from Nigeria's central bank on the false pretense that the funds were necessary for national security. They withdrew the funds in cash and then moved the money overseas through US financial institutions.

Abacha and his finance minister, Anthony Ani, also allegedly caused the Nigerian government to buy Nigerian government bonds at vastly inflated prices from a company controlled by Bagudu and Mohammed Abacha. That operation created an an illegal windfall of more than $282 million.

In addition, Abacha and his co-conspirators allegedly extorted more than $11 million from a French civil engineering company, Dumez, and its Nigerian affiliate in connection with payments on government contracts.

Funds involved in each of these schemes were laundered through the United States in nine financial institutions, the complaint alleged.