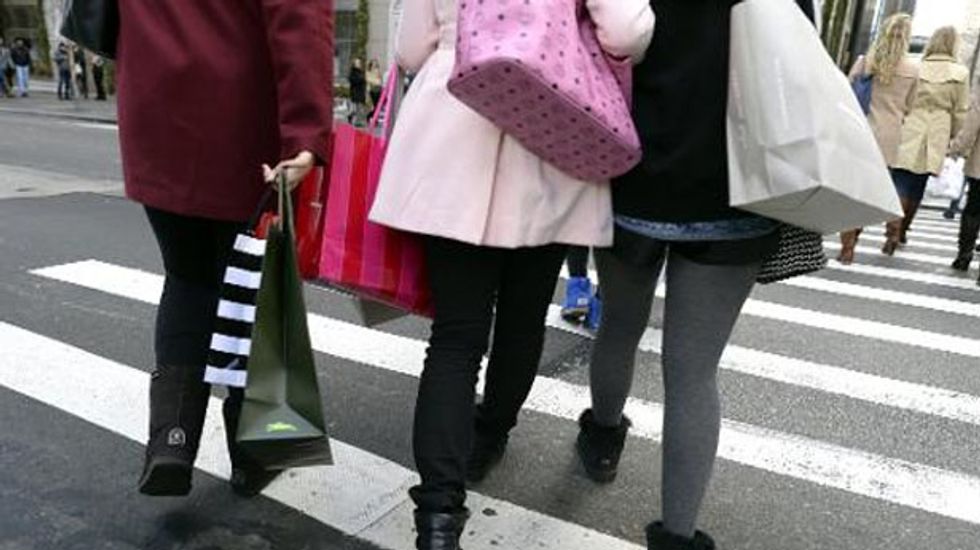 US consumer incomes and spending gained for the second straight month in February, while inflation pressure remained subdued, the Commerce Department reported Friday.

In a suggestion that the frigid winter storms that battered the country in December-February did not completely repress economic activity, consumer spending rose 0.3 percent on an equal gain in incomes.

The department cut its previous estimate of January's spending gain from 0.4 percent to 0.2 percent, showing the impact of the harsh weather, while the income gain was the same as January's 0.3 percent.

Even with the increased spending, a key indicator of inflation -- the personal consumption expenditures (PCE) price index followed closely by monetary policymakers -- was up only 0.9 percent year-on-year in February, down slightly from 1.0 percent the previous month.

That suggests that inflation is still tame and puts little pressure on the Federal Reserve to tighten its ultra-easy money policies as yet.

The data was slightly better than expected, but analysts were still looking for more clear signs of life in the economy.

They noted that inflation-adjusted numbers for spending and income were still rising very slowly, indicating the overall economy remained sluggish over the past three months.

"How much of this was weather related, we shall see, but there should be a bounce back in the next couple of months," said Sal Guatieri, economist at BMO Capital markets.