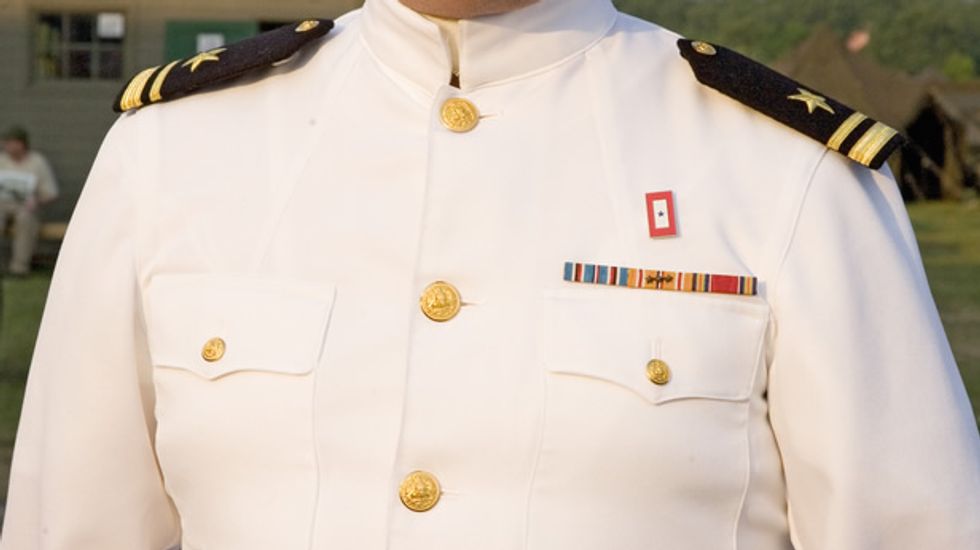 WASHINGTON (Reuters) - A judge found a Naval Academy football player not guilty of sexually assaulting a female midshipman on Thursday, in one of a spate of sexual misconduct cases roiling the U.S. military.

Midshipman Joshua Tate, a senior from Nashville, Tennessee, had been accused of assaulting the 22-year-old woman at an alcohol-fueled off-campus party in April 2012.

The trial had largely centered on whether the accuser was too drunk to consent to have sex.

Asked by reporters how much of the trial had been motivated by the military wanting to show it was tough on sexual misconduct, Tate's attorney Jason Ehrenberg said: "All of it."

Daugherty said he would refer another charge against Tate, making false official statements, to the Naval Academy superintendent for discipline under the school's honor system.

Three U.S. Naval Academy football players were initially accused but Tate was the only one to be court-martialed. Charges against the other two were dropped.

The woman, also a senior at the elite service school in Annapolis, Maryland, testified that she had been torn about cooperating with Navy investigators about the sexual assault allegations and had concealed from them how much alcohol she consumed at the off-campus party.

She has contended she was too drunk to remember having sex and only learned about the encounter the next day through social media and classmates. Reuters does not report the names of sexual assault victims.

During closing arguments, defense attorney Navy Commander Art Record said, "She made her decision and she did what she wanted to do."

But prosecuting attorney Lieutenant Commander Phil Hamon said the woman was too drunk to "make that competent decision to have sex."

The Defense Department said in December that there were slightly more than 5,000 reports of sexual assaults across the armed forces in the fiscal year through October, up about 50 percent from the previous year.

Academy Superintendent Vice Admiral Michael Miller denied in a January hearing that he was under pressure to go ahead with prosecution even though his legal counsel and a military judge had advised him not to proceed.

Also on Thursday, a one-star U.S. Army general who had pleaded guilty to mistreating a junior female officer during an adulterous sexual affair was reprimanded by a military judge but avoided any jail time in a rare court-martial of a top officer.