U.S. slaps visa bans on Russians and Ukrainians over Crimea 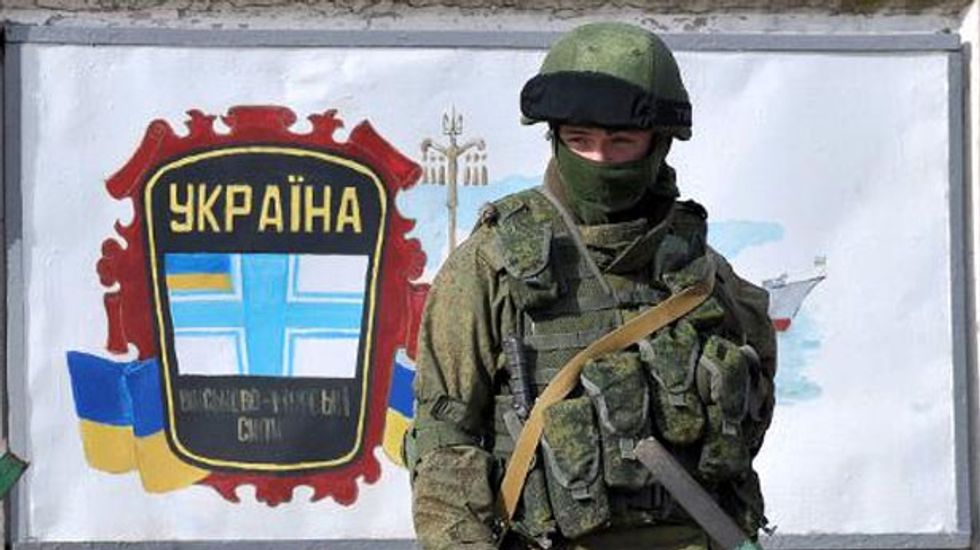 Ramping up pressure on Russia, the United States on Thursday slapped visa bans on Russians and Ukrainians it blames for destabilizing Ukraine and set the stage for more sanctions to come.

It was the latest in a series of moves by the US administration to punish Moscow for what the White House denounced as "Russia's ongoing violation of Ukraine's sovereignty and territorial integrity."

In an executive order, President Barack Obama also authorized freezing the assets of officials and individuals involved in such action.

"This should send a strong message that we intend to impose costs on Russia for this intervention," a senior US administration official said.

Washington had "not listed specific individuals or entities today but this authority is now in place," he added, warning that both Ukrainians and Russians would be targeted.

US officials stressed however that, despite the deployment of Russian troops into southern Ukraine's Crimea peninsula, Washington had not yet seen any military moves into mainland eastern Ukraine.

"This (executive order) is a flexible tool that will allow us to sanction those who are most directly involved in destabilizing Ukraine, including the military intervention in Crimea, and does not preclude further steps should the situation deteriorate," the White House said.

In a bid to defuse the tensions on Europe's doorstep, US Secretary of State John Kerry, who visited Kiev on Tuesday, held a second round of talks in two days with his Russian counterpart Sergei Lavrov.

But Lavrov told Russian news agencies after Thursday's talks in Rome that so far "we cannot report to the international community that we are in agreement."

US lawmakers were also holding crisis talks in Congress, mulling resolutions to condemn the Russian action and impose further sanctions, and were later to consider an aid package for cash-strapped Ukraine.

"We have an option to help counter this threat -- namely, reducing the current impediments to exports of American gas to the Ukraine," Royce told the House Foreign Affairs committee, which he chairs.

He also urged Treasury to be on "the lookout for Russian banks that are involved in illicit activities, such as the transfer of stolen Ukrainian assets."

Angered by the show of Russian might, Washington has already pulled out of preparatory meetings for the G8 summit in Sochi and is working to put together a $1 billion loan guarantee package for Ukraine.

Other steps include suspending bilateral discussions on trade and investment, as well as working to get independent observers into Ukraine to monitor tensions.

- Ukrainians must choose their future -

US officials also denounced any move to split Crimea from Ukraine without involving the new interim authorities in Kiev.

Deputy Secretary Bill Burns told senators there was a "determination to ensure that the people of Ukraine get to make their own choices about their future. That's a bedrock conviction for the United States."

Pro-Moscow officials on the Crimean peninsula announced on Thursday they would hold a referendum on March 16 on whether to join the Russian Federation.

"This is a country with clearly defined borders and ultimately only the people of Ukraine can make determinations about their political future," a senior US administration official told reporters.

"You can't have a situation in which the legitimate government of the country is excluded from decision-making about different parts of that country. That is clearly a violation of international law."

The White House again called on Russia "to take the opportunity before it to resolve this crisis through direct and immediate dialogue with the government of Ukraine."

It also urged the immediate pull-back of Russia's military forces to their bases.

Burns said Washington was also moving to bolster its support for Ukraine's neighbors in light of the regional tensions.