U.S. transfers Guantanamo detainee to Algeria after 12 years with no trial 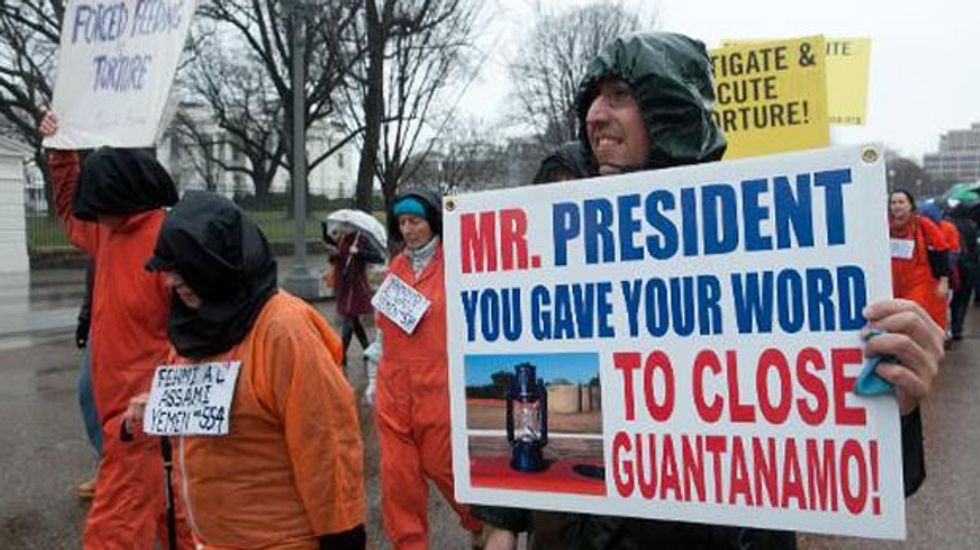 The Pentagon said it had transferred an inmate from the Guantanamo prison back home to Algeria, after holding him at the facility for 12 years without a trial.

The move brought the number of detainees at the military prison down to 154, as President Barack Obama tries to make good on a promise to close the controversial detention camp at a US naval base in southeast Cuba.

Ahmed Belbacha, 44, was cleared for transfer by a task force created to review inmates' cases by a 2009 executive order, the Pentagon said in a statement.

The task force "conducted a comprehensive review of this case," taking into account security concerns, it said.

Belbacha was approved for transfer "by unanimous consent among the six departments and agencies comprising the task force," it said.

The Algerian had been detained on suspicion of attending an Al-Qaeda training camp in Afghanistan, according to documents leaked to the New York Times.

The documents alleged he was a veteran of the Algerian military who later attended the Finsbury Park mosque in London, then known as a center of hardline Islamism.

In early 2001, Belbacha went to Afghanistan, where he received weapons training at a militant camp. When a US-led invasion began after the September 11 attacks, he fled to Pakistan, where he was later captured and turned over to the United States.

A previous US review had evaluated him as a medium security risk and little value to intelligence agencies, according to the documents.

Belbacha had asked a court in 2007 to bar US authorities from sending him back to his native Algeria, saying he feared he would face abuse by the government there.

The Pentagon did not indicate whether Belbacha would be under detention in Algeria.

"The United States coordinated with the Government of Algeria to ensure this transfer took place with appropriate security and humane treatment assurances," it said.

Belbacha also joined a lawsuit that challenged force-feeding of Guantanamo detainees on hunger strike but a court ruled last month the practice could continue.

Obama has said the prison has damaged America's standing in the world but his plan to shutter the facility has been thwarted in part by Congress, which has banned transferring inmates to US soil.