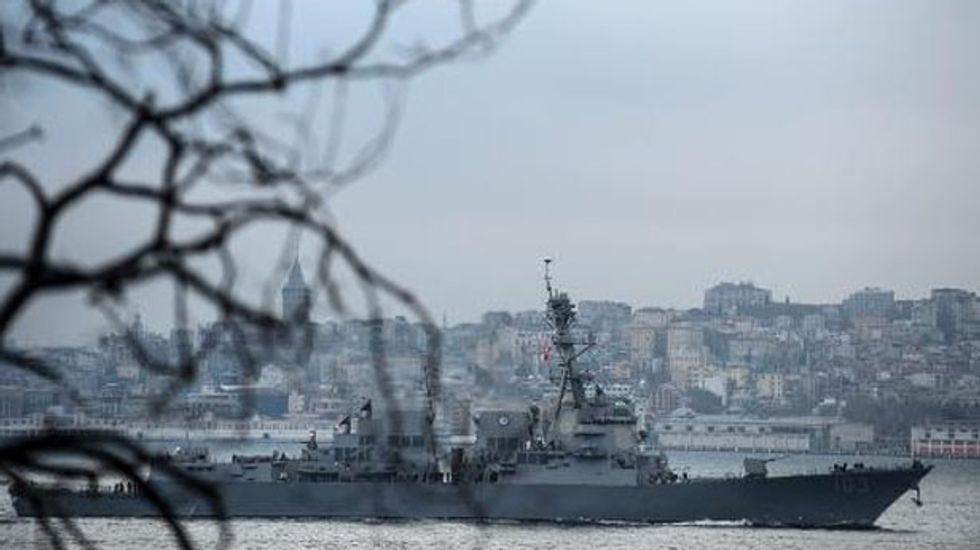 A coastguard boat was seen escorting the guided-missile destroyer, the USS Truxtun, an AFP photographer saw.

The US Navy said in a statement on Thursday that the ship was bound for the Black Sea to conduct military exercises with Bulgarian and Romanian naval forces.

According to the Montreux Convention, warships of countries which do not border the Black Sea can only stay in the waters for 21 days.

On Tuesday, two Russian warships crossed the Bosphorus after the Kremlin "summoned" the vessels back to its Black Sea fleet to strengthen its military presence in Crimea.

A Ukrainian vessel also entered the Black Sea the same day, according to the Turkish state-run Anatolia news agency.

The increased sea traffic comes at a time of growing tension between the West and Russia over Crimea, a predominantly ethnic Russian peninsula housing the Kremlin's Black Sea fleet.