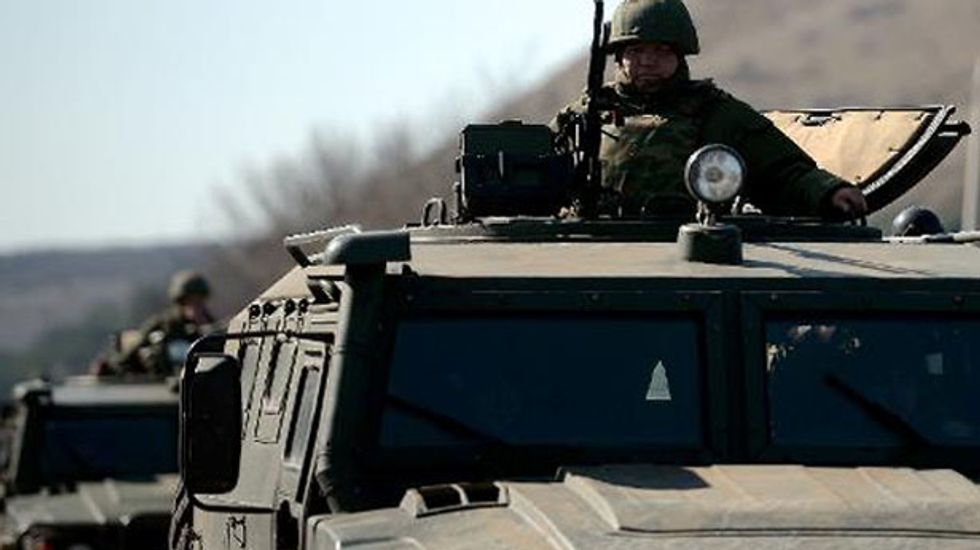 The United States is "reviewing" a request from Ukraine's leaders for arms and other military assistance, officials said Thursday, denying reports they had rejected Kiev's appeal.

The requests cover a range of both lethal and non-lethal aid, including intelligence support, ammunition and weapons, administration officials said.

"We are reviewing and working through a series of requests that they have made," a defense official, who spoke on condition of anonymity, told AFP.

But no final decision had been made, two officials said.

The US administration had agreed to one of the requests, pledging to provide the Ukrainians with supplies of military rations known as MREs, or "meals ready to eat," the officials said.

The appeal to the Pentagon coincided with a visit to the United States by the country's new premier, Arseniy Yatsenyuk, who addressed an emergency session of the UN Security Council on Thursday.

President Barack Obama's administration has denounced Russia's intervention in Ukraine but has virtually ruled out military action while trying to promote a diplomatic solution to the crisis.

The Wall Street Journal reported that US officials have rebuffed Kiev's request, at least for the moment, as the Obama administration is worried about stoking tensions with Moscow or triggering an all-out war between Ukraine and Russia.

The Journal, citing unnamed officials, said Ukraine had made a detailed request for aid that included communications gear, aviation fuel, night vision goggles and other items.

The Pentagon had said previously that Defense Secretary Chuck Hagel spoke Friday to his Ukrainian counterpart who asked for technical advice on humanitarian assistance and disaster relief operations.

Hagel said that he would consider any requests for assistance from Ukraine, according to Pentagon officials.

Since the crisis erupted, the US military has steered clear of direct support to Ukraine.

But it has suspended defense cooperation with Russia and sought to reassure anxious allies in Eastern Europe, deploying F-15 aircraft for air patrols over Baltic states and F-16 fighters to Poland for stepped-up aviation training.