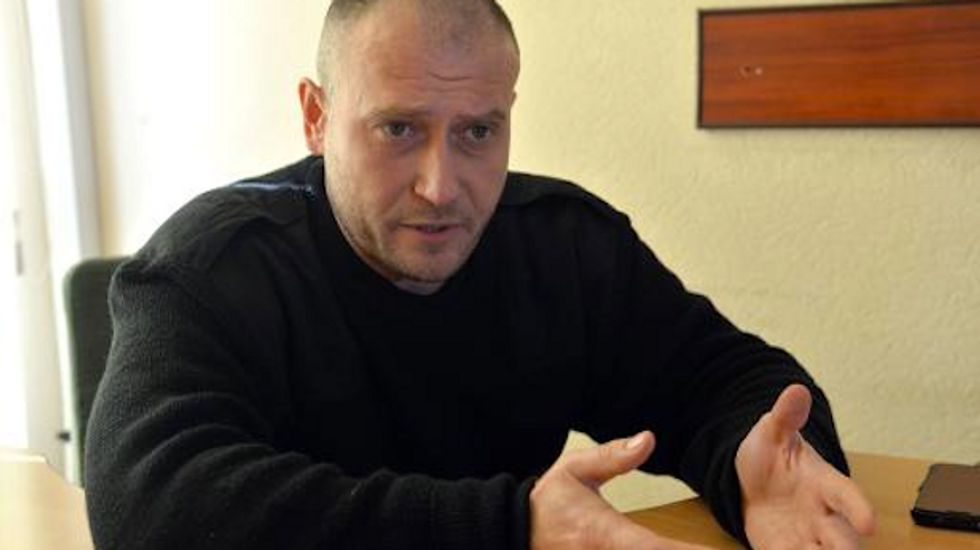 Ukraine's far-right Pravy Sektor movement on Friday announced its leader Dmytro Yarosh would make a presidential bid in elections scheduled for May 25.

The movement, which took a leading role in the deadly protests that unseated former president Viktor Yanukovych, will also become a political party.

"Dmytro Yarosh will run for president," Andriy Tarasenko, a senior member of the ultra-nationalist group was quoted by Interfax news agency as saying in Kiev.

Tarasenko said Pravy Sektor (Right Sector) would take part in mayoral elections in Kiev and local polls across the country also due on May 25.

"We remain the leaders of this revolution," said Tarasenko, adding that the movement was ready to fight if a full-scale war with Russia broke out.

"We are mobilizing, we are preparing to react to foreign aggression," he said.

Although he paid tribute to Ukraine's interim leaders "who stood side by side with us on the barricades", Tarasenko also sought to distance Pravy Sektor from the pro-EU team led by interim president Oleksandr Turchynov.

"There has been no reset of power. Only the names in the government offices have changed," he was quoted as saying.

"Our struggle is entering a peaceful phase, a political phase and that is why we are going into politics," he said.

Tarasenko said a Pravy Sektor congress to transform the movement into a political party would take place on March 15.

Russia this month opened a criminal investigation against Yarosh for incitement to extremism and terrorism and is seeking his arrest.