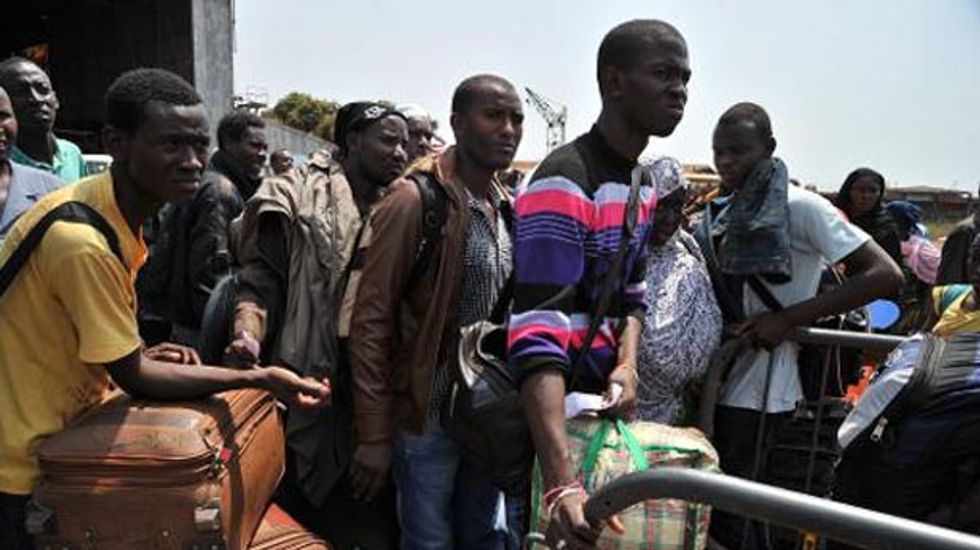 Violence in the Central African Republic has forced almost all of the country's Muslim minority to flee amid fears the conflict could turn into ethnic cleansing, a top UN official warned Monday.

The country is "being emptied of its Muslim population," warned Adama Dieng, the UN advisor on the prevention of genocide.

"Unless those who are perpetrating these serious crimes are made to account for those crimes, it is unlikely that we will not reach... genocide," he said.

The Central African Republic's Muslim minority until recently accounted for between 10 and 15 percent of the total population.

But ethnically-tinged violence has slashed that number to around two percent as Muslims have abandoned their homes, Dieng told reporters in Geneva.

"People are fleeing because they know that they are being targeted on the grounds of their religion," he said.

Dieng was among the first to warn late last year that the Central African Republic was at risk of genocide amid rising ethnic tensions.

The country has been torn apart by bloody clashes since the mostly-Muslim Seleka rebels ousted president Francois Bozize in March 2013 and replaced him with their leader Michel Djotodia, who was himself forced out in January.

Violence has continued unabated since then as majority-Christian anti-balaka vigilantes have taken their revenge.

Dieg urged an ongoing investigation by International Criminal Court prosecutor Fatou Bensouda and a UN-mandated probe into the rights violations on the ground, starting Monday, to ensure that "the perpetrators of these atrocities do not escape justice".

Thousands have been killed and around a quarter of the country's 4.6 million people displaced as 8,000 African and French peacekeeping troops struggle to rein in the militias terrorising the population.

"Despite the presence of these troops... we are still now extremely worried," Dieng said, stressing the need to protect the remaining Muslims and to ensure accountability for the "atrocities" being committed by both sides.

Dieng called on "every single state that has the means (to participate) to come and help rescue the people in the Central African Republic".