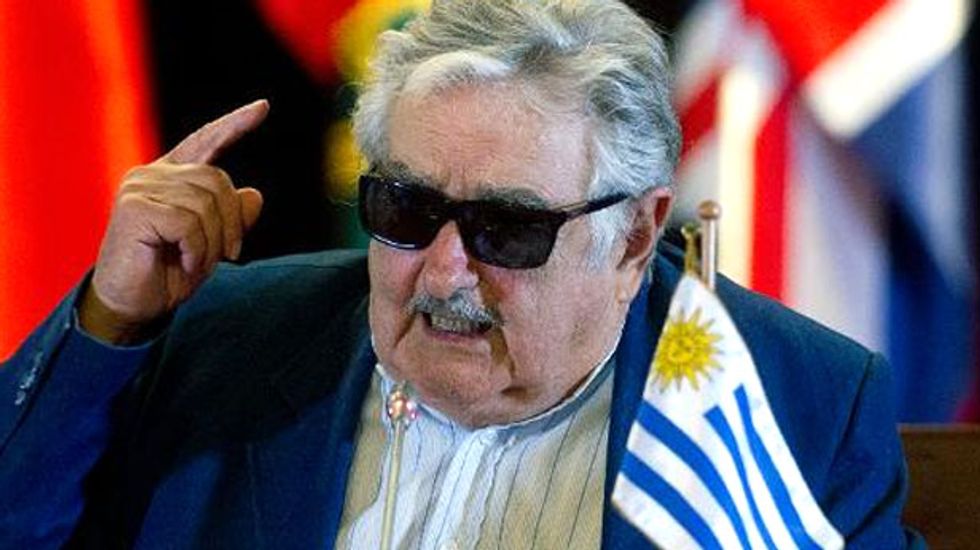 Uruguay said Thursday it agreed to take five prisoners from Guantanamo, as US President Barack Obama works to fulfill his years-old promise to close the controversial jail for terror suspects.

"Obama raised the issue in recent weeks to his Uruguayan counterpart, Jose Mujica, through emissaries, the wish of the Washington government for Uruguay to be one of the countries to receive prisoners from Guantanamo," the paper reported.

The paper did not give further details about the agreement, but, citing political and diplomatic sources, said "Mujica decided to accept the proposal, after a series of consultations, and to send envoys to the United States and to Guantanamo."

Mujica had discussed the issue with Cuban President Raul Castro, who supported the idea, during a visit in January, the paper added.

It said US Secretary of State John Kerry thanked Mujica on Monday and confirmed Obama would receive him in the White House before the end of June.

Mujica's official visit to the United States had been planned for last year but was postponed due to scheduling issues for the two leaders.

Transfers out of Guantanamo have increased in recent months, the latest earlier in March when an Algerian was sent to his home country against his will because he feared abuse there.

Some 154 inmates remain at the prison, erected at a US naval base in Cuba by former president George W. Bush after the September 11, 2001 terror attacks. Most have never been charged or tried for any crime.

Obama has said the prison has damaged America's standing in the world but his plan to shutter the facility has been thwarted in part by Congress, which has banned transferring inmates to US soil.