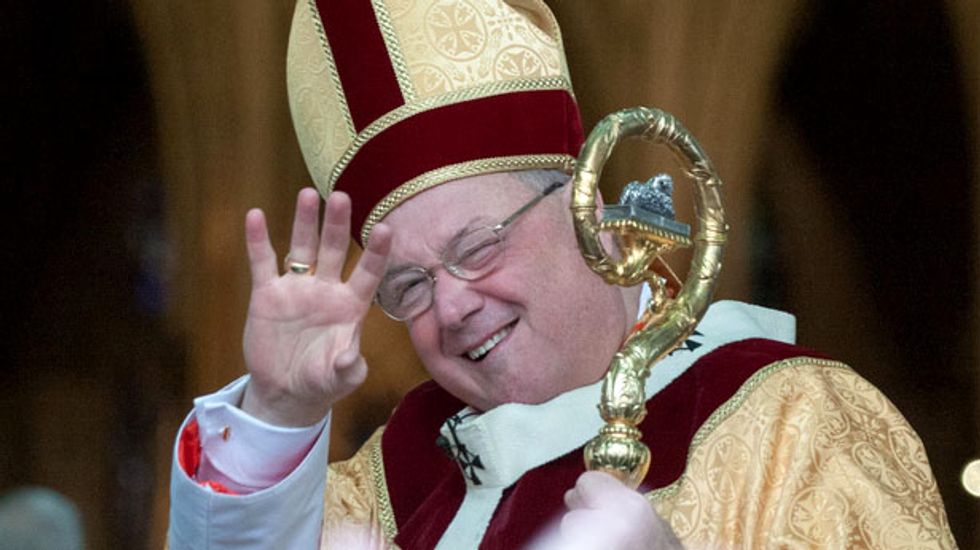 An independent candidate for the Arlington, Virginia County Board made his opposition to affordable housing known in a "strongly-worded email," obtained by ARL Now, to the Archbishop of New York, Cardinal Timothy Dolan.

In the email, Stephen W.C. Holbrook wrote that "GOD’S house is a place to talk to your GOD and not a place to gather people to form a plan to lay out how you will steal from other people," which is what he considers affordable public housing.

He then addressed the Archbishop in a more personal vein, writing, "I am a Catholic and that meeting in that church was the first time I ever went into a church and came out feeling dirty and that there was evil in that church. I thought that GOD was going to send down a lighting bolt unto those church leaders and their people and I didn’t want to be around them."

"It took me two days and several baths to get the smell of greed and sin off of me but the other people there will go to hell for what they do and their church leaders are to blame," he wrote. He also implored Dolan to have his underlings read a speak that Holbrook had written to their congregations.

In the speech, he asserted that parishioners who "vote for any of my three opponents just remember when you see you’re GOD you will still have those thirty pieces of silver tired around your neck and he will know your wrongs."

He is particularly upset with Democrats and their constituents. "The teachers’ union," he wrote, "has already bitten the forbidden apple by showing their willingness to take unearned taxpayers’ assets for their vote for the Democratic candidate here and they will burn in Hell for their sinful deeds."

When he announced his candidacy, he also took especial aim at services rendered for the poor. The third plank of his program entailed "[closing] all Arlington County run homeless shelters financed by Arlington County and sell those properties, so they may be placed on the tax rolls again."

His reasons for wanting these shelters closed are many, but it is the bureaucrats who run them who inspire his wrath: "All of these Government officials live well and dress well just go to their chambers where they operate in and look at them and what they are wearing. They dress better than our citizenry and they have better working conditions than what the rest of us work in. Do we work for them or do they work for us? Who is the boss? This is all going on while our people dress in substandard clothes and eat substandard foods."

He asked recipients of his announcement to "[m]ake a copy of this email and take it with you when you vote in November, 2013" and to "please pass this email along to everyone you know who votes in Arlington County so we all can make a change in how our government is run."

It is not clear why Holbrook -- a former FBI agent who is running for a county board seat in Virginia -- addressed his complaints to the Archbishop of New York.