What could have happened to Malaysia Airlines flight MH370? 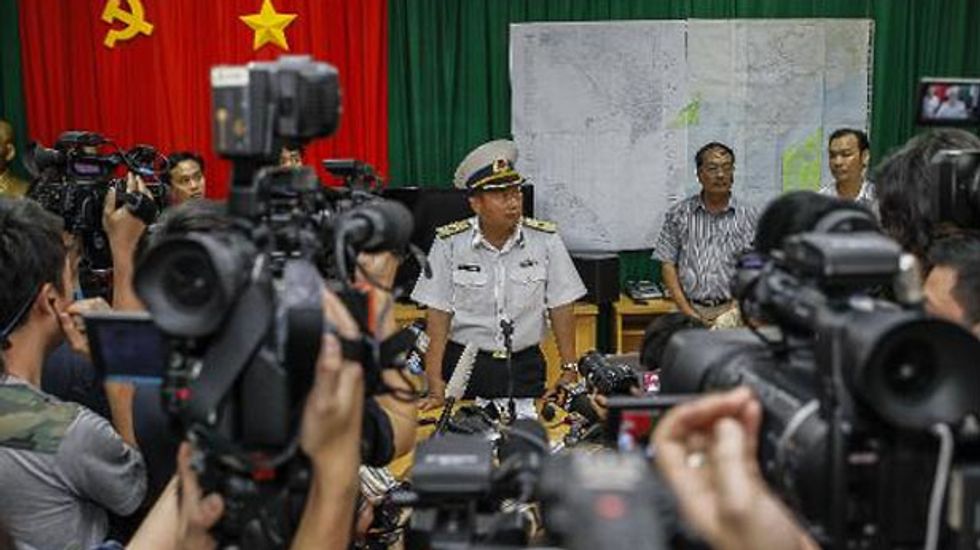 Nearly five days since it disappeared while en route from Kuala Lumpur to Beijing, there is still no trace of Malaysia Airlines flight MH370.

Conflicting information, false alarms over debris and confusion over the focus of the search have produced more questions than answers.

Here we take a look at the possible scenarios being weighed up by industry experts as the world waits for clues as to the fate of the Boeing 777, which has one of the best safety records of any jet.

THEORY: Explosion on board

WHY: According to Malaysian authorities the plane was cruising at 35,000 feet (11 kilometres) above sea level when it last made contact and vanished without making a distress call, pointing to the possibility of a sudden catastrophic event.

The presence on board of two suspect passengers travelling on stolen passports fuelled fears of a terrorist attack.

It was revealed Tuesday they were probably just Iranian migrants, but CIA Director John Brennan said a terror link had not been ruled out.

Other possibilities include a strike by a missile or military aircraft.

EXPERT VIEW: "I don't believe it is anything to do with the serviceability or the design of the aircraft," Neil Hansford, chairman of leading Australian airline consultancy Strategic Aviation Solutions, told AFP.

"The way I see it there are three scenarios. There was a bomb on board... the aircraft was hit by a military aircraft or a rogue missile; or...the captain is locked out of the cockpit and the plane is put in a dive," he said.

WHY: The sudden disappearance could also point to a technical problem that could have led to a rapid descent. Reports from the Malaysian authorities that the jet may have made a sharp turn west before it lost contact, possibly pointing to the pilots struggling to rectify a problem, have bolstered this theory.

EXPERT VIEW: "To me that (the veer) suggests there was a stall," says former Inspector General of the US Department of Transportation and aviation lawyer, Mary Schiavo.

"That doesn't mean you lose your engines. It means that you're losing your air flow over your wings, sufficient speed to keep the plane in the air...it would lose altitude really dramatically."

She compared the possible scenario to the fate of Air France 447 -- which crashed into the Atlantic Ocean in 2009 after its speed sensors malfunctioned -- in an interview with Australia's ABC television.

If the plane did crash, a combination of technical difficulties and pilot error would be a likely scenario, Frost & Sullivan Asia Pacific aerospace consultant Ravi Madavaram said.

WHY: The lack of wreckage or black box transmission has led to speculation that the plane may have disintegrated mid-air.

EXPERT VIEW: While structural disintegration has been behind some previous aircraft disappearances, new planes use "better materials, technology and maintenance schedules", Madavaram says.

WHY: The absence of debris around the intended flight path, the possibility that the flight turned back, and conflicting reports over whether the plane was spotted by Malaysian military way off course have added to speculation of a hijack, which has still not been ruled out by investigators.

Malaysia Airlines says that all its aircraft are equipped with the Aircraft Communications Addressing and Reporting System (ACARS) system -- which puts out information about location and airspeed -- but has so far declined to release whatever data it got from flight MH370.

"If it were near the Vietnam coast, why turn back when there probably would have been a closer airport in the event of an emergency?" he wrote on his company website.

The larger question was whether the turn was intentional "under the command of the pilots (or hijackers)," or due to other causes such as engine problems or an explosion.

But Frost & Sullivan's Madavaram believes several factors rule out a hijack, including a lack of a credible claim of responsibility and the difficulty in evading radars and witnesses.

WHY: While rare, there have been cases in the past of pilots crashing planes to take their own lives. According to the US Federal Aviation Administration, pilot suicides account for less than 0.5 percent of all fatal general aviation accidents.

EXPERT VIEW: A suicide bid "is possible and if that's the case there might not be a lot of debris because the plane would have come down in relatively structural integrity," said Terence Fan, aviation expert at Singapore Management University.