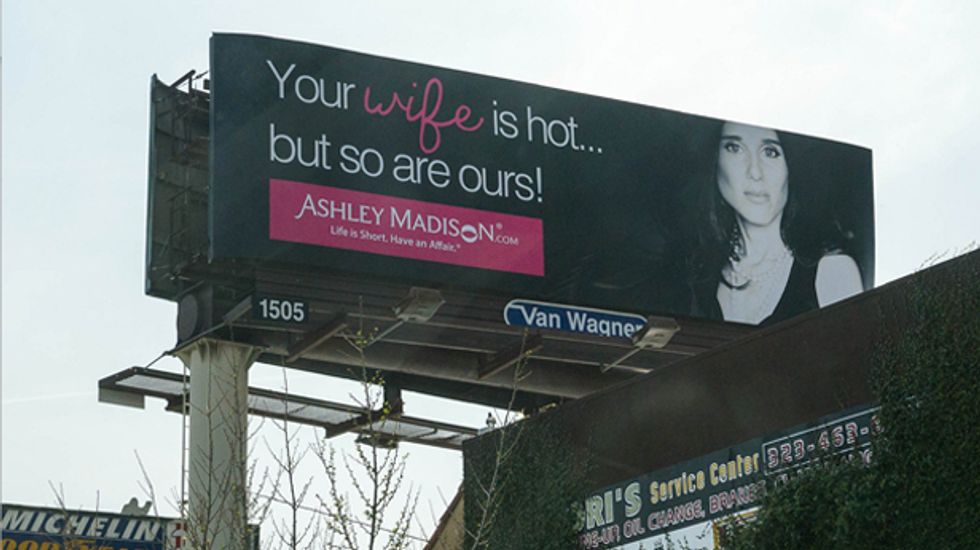 A dating website catering to married people seeking adulterous affairs is being sued by a former employee for $20 million for injuries she says she incurred while typing up phony profiles of sexy women desiring affairs.

Doriana Silva, a Brazilian immigrant living in Toronto, has filed suit against Avid Life Media, the parent company of the Ashley Madison website, claiming she had damaged her wrists and forearms typing up 1,000 "fake female profiles" for a new Portuguese-language version of the site, according cbc.ca.

Avid Media has filed a countersuit against Silva claiming she kept confidential documents, including copies of her "work product and training materials." Avid is seeking to recover the documents as well as $100,000 in damages plus legal costs.

According to her lawsuit, Silva alleges that the amount of typing required to complete the work in the three weeks allotted her caused injuries  that made it impossible for Silva to do her job.  She claims that she has been unable to work since 2011.

The document also states that the profiles she created for Ashley Madison did not represent actual members of the site or any real people, but were meant to "entice paying heterosexual male members to join and spend money on the website."

In her statement, Silva maintains that she held on to copies of the fake profiles she created and documents "related to the creation" of those profiles, and denies they are the property of her former employer.

"It was reasonable for Doriana to take steps to preserve the aforementioned documents and others given that Ashley Madison has denied both publicly and in these proceedings that such materials exist at all," the document reads.

Silva is seeking $20 million for what she calls the company's "unjust enrichment" at her expense.

Ashley Madison has said that what Silva typed is irrelevant and dismissed allegations of ethical breaches as an attempt to make the company look bad.

Ashley Madisons' countersuit states that Silva waited until the day after her probation period ended in June 2011 to mention her purported injuries, then took more than six months off as she sought treatment in Brazil. Her leave was initially expected to last only three weeks,but Silva continued to extend it, citing the advice of various specialists.

In January 2012, Ashley Madison received a letter from Silva's lawyer saying she couldn't go back to work until June.

The letter also requested a "large lump sum payment" to make up for the for lost wages during her leave, as well as a weekly payment "nearly triple her gross salary" until she received medical clearance to return.

Ashley Madison contends that, despite her injuries, Silva has since "led a very active, carefree and fulfilling life," as evidenced by postings on her Facebook page

"Ms. Silva has made repeated visits to various beaches (both domestic and foreign) where, among other things, she has participated in many physical activities including but not limited to jet-skiing," the company's statement reads.