You are what you eat: Scientists to categorize gut bacteria to fight cancer 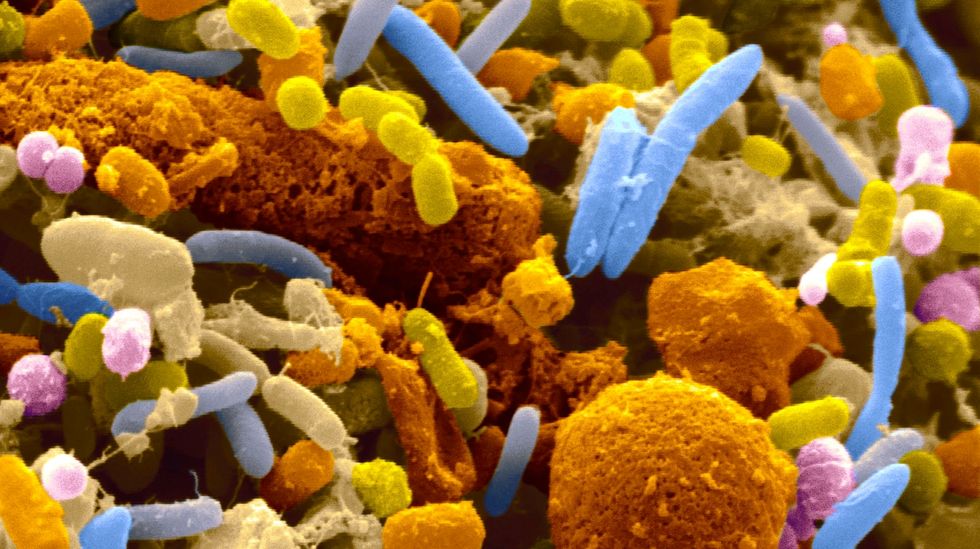 Researchers have launched a pioneering study aimed at finding ways to type individuals according to the bacteria in their guts. The aim is to discover if some people's microbial makeup makes them more susceptible to the side-effects of radiotherapy for bowel, prostate and other cancers.

"If we can do that – if we can pinpoint those whose gut bacteria makes them more at risk of side-effects than others – then we might be able to think of ways of intervening with various treatments that will boost their gut bacteria's ability to withstand radiotherapy," said one of the project's leaders, Professor David Dearnaley, of the Institute of Cancer Research in London. "In the long term we could develop a range of new treatments for many different conditions."

The study of the human microbiome – the population of microbes that share our bodies – has become an important topic of research in recent years. Doctors have discovered that the state of a person's gut bacteria can have profound implications on health.

"Men and women have a startling amount of bacteria in their stomachs and intestines," said Dearnaley. "There is 1.4kg of bacteria in the average human gut. That is roughly the same weight as the human brain. Indeed, you can think of your microbiome as an extra organ inside your body and its behaviour can have distinct consequences."

In fact, the microbes in our bodies represent a significant mass of foreign matter. There are 10 times more bacteria than human cells in our bodies, microbes that are made up of between 500 to 1,000 different species, say scientists.

These tiny entities play a key role in maintaining health. They boost the activity of immune systems and make it easier for an individual to tackle invading organisms.

Gut bacteria also play a key role in breaking down food as it passes through our intestines. Both the bacteria and their human hosts gain from this relationship, a process known as symbiosis: microbes get housing and food inside our gut; we get help digesting food and a boost to our immune systems. "It is wrong to think of bacteria as invariably being harmful," said another scientist involved in the study, Dr Jose Ferreira, who is also based at the institute. "There are a great many species of bacteria that are very good for us."

However, he added that this could sometimes lead to problems. When doctors use radiotherapy to treat patients for conditions such as prostate or bowel cancer they try to aim the radiation beams as accurately as possible at the site of a tumour. Inevitably stray radiation strikes parts of the intestines and this produces side-effects that can include intense inflammation of the gut.

"The problem is that it is very difficult to predict who will suffer side-effects and who will not," said Dearnaley. "One possibility is that different populations of bacteria in a person's guts are making them more or less susceptible to radiotherapy."

Working with the institute's scientists and with researchers at the Royal Marsden hospital in south-west London, Dearnaley has launched a project which will try to profile the bacteria in a number of prostate cancer patients before they begin radiotherapy treatment for their condition. The researchers will then study how each person in the group reacts to the radiation that is used to treat their tumours.

"The aim is to build up a profile of gut bacteria which will allow us to predict who will suffer side-effects that might limit the effectiveness of the radiotherapy. Then we can think of finding ways to treat people in advance of radiotherapy in future."

"The crucial point is that we are now becoming aware of how important the bacteria in our guts are to our general health – and that should help direct us to a range of new drugs and treatments for all sorts of different conditions in future," said Dearnaley.