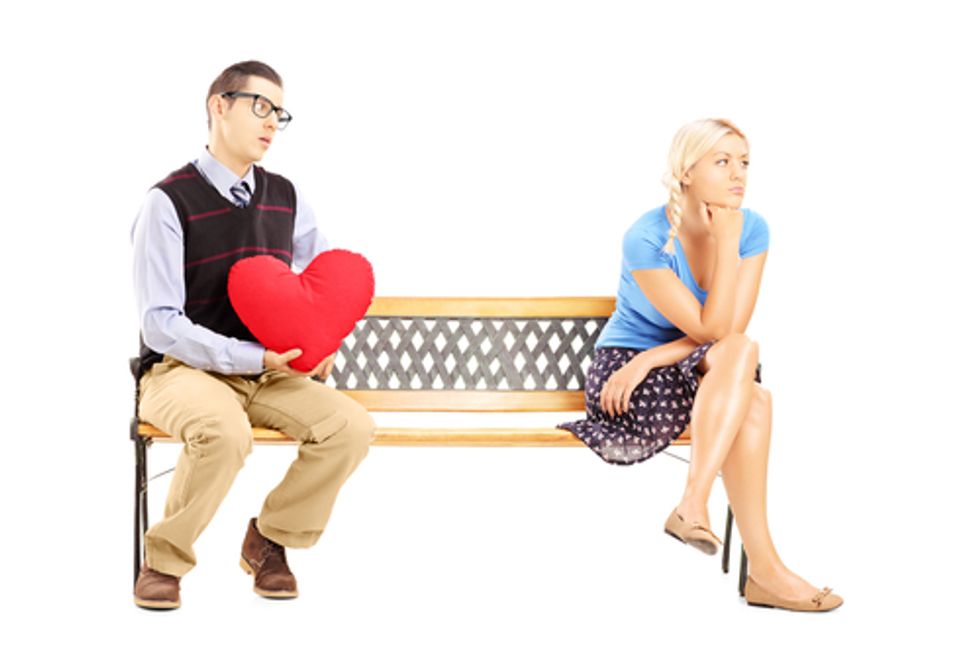 The wingnuts must be bored this week, because I am getting a shit ton of harassment on Twitter for this tweet:

No big surprise, of course. People who enjoy harassing women tend to get particularly excited about harassing a woman who is on the record opposing harassment.  So blocking and moving on is what has to be done here. But while I was doing that, I noticed that the harassers' "arguments"---really, it's hard to even honor them with that word---fell into a few basic categories, all unbearably stupid. So, for your pleasure and mine, I thought I'd debunk some of these terrible arguments in favor of harassment.

But first, a lengthier explanation of my opinion that I'm being harassed over: Every year around prom, there's a "cute" story wherein a teenage boy gets himself some attention by putting a famous and beautiful celebrity he's never met on the spot by asking her to prom, knowing full well that she would rather be at home pulling out her toenails than go on a date with some random teenage boy she's never met. She, not wanting to look like a bitch, has to do a little song and dance of pretending to be flattered, instead of telling him to fuck the fuck off, as he royally deserves. The teenage boy is inevitably rewarded with back slaps and "go get 'em" type encouragement. I oppose doing this, because the lesson we are teaching boys is that it's not only acceptable to be sex pests, but that it's downright cute. This is a bad lesson, because when he goes out into the real world and tries this routine of bugging clearly uninterested women for dates and attention---and exploiting their desire to be polite to force them to sit and listen to him while looking for a friend to rescue them---it will come across as the boorish behavior that it is.

Ideally, we should want teenage boys to be charming and successful with the ladies, and the first rule for that is "Don't bother women who aren't interested in you. Don't exploit people's desire to be polite to extract attention they clearly don't want to give. Do not be a bore." Harrassers and bores are the opposite of charming and successful with the ladies. The school, by suspending this young man who put Miss America on the spot by asking her to prom, was doing this kid a favor. Better to learn now that it's unacceptable to be a sex pest than later in life, when someone expresses this opinion to him more bluntly by slapping him or laughing in his face.

But of course, wingnuts are more interested in making women uncomfortable than teaching boys good manners and the keys to social success.

So here are some of the bad arguments in favor of teaching boys sex pestery that I encountered on Twitter.

1) The woman in question officially claims not to be annoyed, so it's not really harassment.

@CathyYoung63 @AmandaMarcotte "No evidence ANYONE has criticized the woman.." Cathy just the opposite. She DEFENDED him whn he got suspended

This isn't really about the woman, who I am sure can handle herself just fine. (However, it's not like she has a choice but to pretend it's fine. I've been subject to two days of non-stop harassment and name-calling by pointing out that it's not fine. If Miss America wants to avoid the same harassment, she has no choice but to defend the young man.)  The question here is what we're teaching young men. Do we teach them that the best way to meet women and go about dating is to bug clearly uninterested women for dates in hopes that politeness will force the women to give them some attention? Or do we teach young men that the best way to meet and date women is to learn social charms so that women will actually like them? I say the latter. Clearly, my detractors are in favor of the former.

2) You dislike boorish behavior because you are ugly and no one loves you. Or perhaps because no one asked you to prom.

@AmandaMarcotte Wow, really, you must shop at Costco for batteries and cat food in bulk!

@AmandaMarcotte Dear Lady or you're JUST jealous or you are NOT THINKING STRAIT!!!!

It appears that @AmandaMarcotte is Butt hurt she never got asked to prom. :(

I will never understand trying to insult someone by picking on something that simply isn't true about them. In my Burn 101 class, we learned that insults tend to land harder if they're true. Just sayin'. This shit is not only mean, but frankly lazy. (For the record, I did, in fact, get a quite lovely request to go to prom from a young man who did it the correct way, by actually having a conversation with me before coming out of the blue to push me for a date. I'm not bringing this up to defend my fuckability, which is a tedious point of debate in any sense, but to note that I have direct experience of how it should be done correctly, which is why I advocate for teaching boys to do it right instead of to be dickwads about it.)

Anyway, regardless, the reason that I oppose men acting like tedious bores who subject clearly uninterested women to unwanted attention is not because of any experiences I have or haven't had with wanted attention. It's because, in no small part, I've been subject to men who pester you for dates even though you're politely declining or who otherwise exploit your unwillingness to say "fuck off" directly to keep droning on and on and trying to get you to throw them a pity fuck, flirt, or date. It's gross, and I think we should be discouraging this behavior. I would say that even if no one had ever provided me with wanted attention before. But the fact of the matter is, having experienced plenty of wanted attention, it makes unwanted attention seem even more boorish.

3) Asking for a date isn't harassment./How can men know  you don't want to date them if they don't ask?

@AmandaMarcotte he asked her on a date. So what! This isn't sexual harassment. Period. Why do people like you have to turn something simple

Indeed, I agree that if a man sincerely thinks he has a chance and he asks politely for a date, that is fine. (At least if he's willing to take no for an answer.)  But the reason the prom request was "funny" in this case is because the young man and his adoring audience all know for a fact that Miss America does not want to go on a date with him. The issue here is not a good faith request for a date. The issue here is whether or not we teach boys that it's cool to pester clearly uninterested women, and exploit basic politeness to force someone to indulge their boorish behavior. I say no. My detractors clearly think being an asshole is a unassailable male prerogative.

In addition, I will add that we should be teaching young men generally that, if they want to be socially and sexually successful, it's usually considered bad form to make "Will you go out with me?", much less more direct sexual requests, the opening gambit with a woman. In most social circles, even with online dating, the request for a date or sexual activity tends to go more smoothly after you've had a conversation, preferably involving some flirting. Not that you can't move to the date request quickly, but it's usually considered good form to suss out someone's interest by engaging a little before you start making bigger asks of their time and energy.

A secondary form of this was trying to quibble over whether or not putting women on the spot to make them squirm rises to the level of "harassment". This is a boring topic. The request was made specifically to make her uncomfortable, and so yes, I believe that belongs to the general category of harassment. But if you want to simply consider it boorish, fine. Either way, it's terrible to teach boys to do this to women.

4) There's nothing sexual about asking a woman on a date, so you can't call this sexual harassment!

.@AmandaMarcotte @VerstandskiesK @DrNerdLove I didn't know that going to the prom was slang for sex.

Included as evidence of how disingenuous the attacks on me were. If human sexuality and dating have nothing in common, then presumably the young man could bring his mom, his dog, or his best friend to the prom as his date, and has no reason to reach out to a woman whose physical beauty is her main claim to fame.

Calm the fuck down, assholes. I don't think it's cute when girls pester Justin Bieber for dates, either. But then again, neither does anyone else. When girls chase after guys who don't want them, it's rarely defended and generally understood, rightfully so, as pathetic. The sex pest woman is and always has been an object of mockery and fun. But when guys do it, it's often praised as "persistent". That is what I object to. And will continue to object to, no matter how much harassment you level at me in an effort to get me to shut up. Because we're all better off, both men and women, if young men are taught to embrace the social graces instead of to be total assholes who count on their male privilege to get away with it.