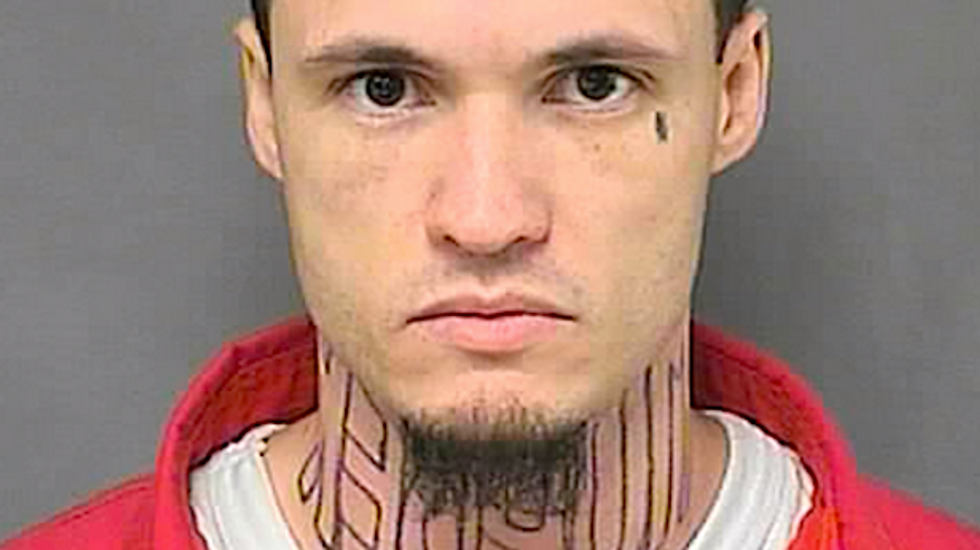 Jurors in the trial of a man accused of a 2011 killing could be looking across a steamy Kansas courtroom this summer at a defendant wearing a turtleneck.

What they will not see is the word "MURDER" tattooed backwards across the neck of the defendant, Jeffrey Chapman, 32. He is accused of shooting Damon Galyardt to death.

Chapman's lawyers had asked the court for permission to have a professional tattoo artist remove the tattoo that runs from his collarbone to just under his chin and stretches from ear to ear, arguing it could prejudice his defense.

State law does not permit a licensed tattoo artist to practice outside a licensed facility and authorities refused to allow one to go to Chapman, who is in jail awaiting trial.

A compromise was reached in Barton County District Court, which is about 120 miles northwest of Wichita.

The attorneys for the state and the defense agreed "to have the defendant wear a turtleneck," said Lisa Taylor a spokeswoman for the Kansas Supreme Court, Office of Judicial Administration.

The judge also agreed to a request by defense attorneys for a continuance and moved the trial start to August 18, from late April. Temperatures often soar above 90 Fahrenheit (32 Celsius) in Kansas in August.

Chapman's lawyers also have asked the court to order that the tattoo not be seen or mentioned during the trial.