Alabama lawmakers vote to extend the waiting period for abortions 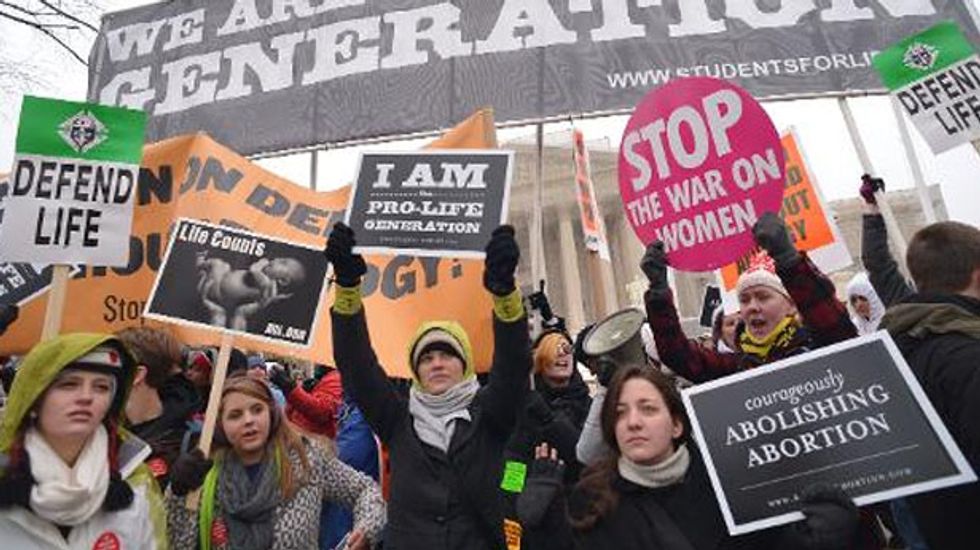 BIRMINGHAM, Alabama (Reuters) - A measure to extend the waiting period for abortions in Alabama to 48 hours is headed to the governor's desk, but an effort to ban the procedure after evidence of a fetal heartbeat appears stalled in the legislative session that ends on Thursday.

The state Senate approved a bill on Wednesday that would lengthen the current waiting period of 24 hours before an abortion can be performed.

If signed by the governor, the legislation could be challenged in court by Planned Parenthood, which operates two clinics in Alabama, said Nikema Williams, vice president of public policy for Planned Parenthood Southeast.

"This is government intrusion at its finest," she said.

Only Utah and South Dakota require a waiting period of more than 24 hours, both states setting theirs at 72 hours, according to the Guttmacher Institute, a nonprofit sexual health research organization.

The measure in Alabama passed after a filibuster from Senator Vivian Figures, a Democrat who opposed the bill.

In an attempt to demonstrate its invasive nature, Figures proposed an amendment prohibiting vasectomies except to prevent death or disability and also requiring a 48-hour waiting period. The amendment was voted down primarily along gender lines.

One sought to prohibit abortions after a heartbeat was detected, which can be as early as five or six weeks into a pregnancy. The other called for a woman carrying a fetus with a lethal anomaly to consider perinatal hospice options.

"Similar laws are being challenged in federal court, and we are waiting to see the outcomes before we tax our own resources," Trotter said.

The Senate could vote on Thursday on a measure passed by the House that is aimed at tightening restrictions for minors seeking an abortion.

The bill requires a parent or guardian's approval before the procedure. If a female minor wishes to forego that approval, it must be proven in court that she cannot consult with her parents, and the court can appoint a guardian ad litem for the unborn child.

A federal judge on Wednesday set a May trial date to determine whether a 2013 Alabama law requiring doctors who perform abortions to obtain hospital admitting privileges poses a significant impediment for women seeking an abortion.