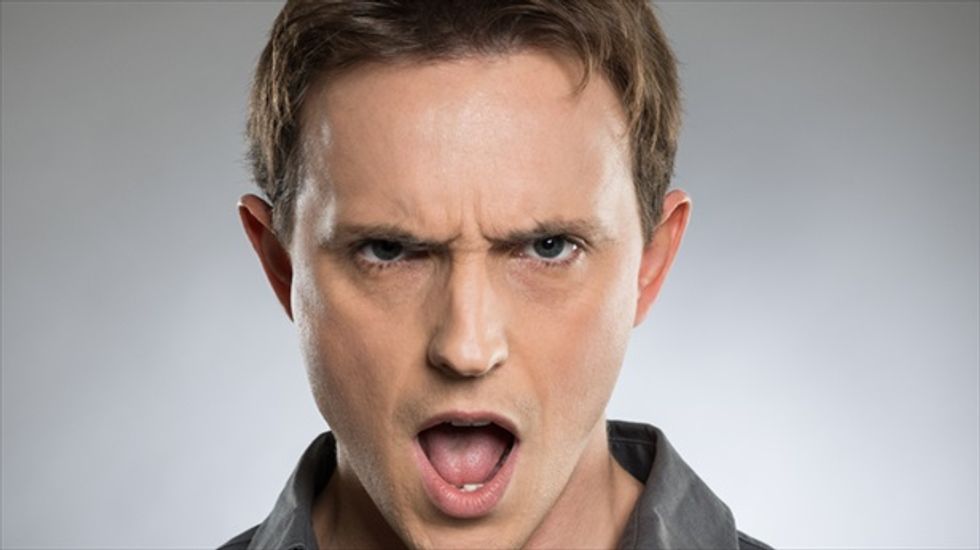 Students at American University are demanding that members of a banned fraternity still operating on campus be expelled after they were linked to leaked emails showing a pattern of misogynisic behavior and at least one possible assault.

"Given the nature of our fraternity obviously people are going to hate and make up stuff," one email from May 2012 read, as posted by Jezebel. "Truth is, she was not beaten. She assaulted us repeatedly, along with calling the entire brotherhood a rape gang and worthless pieces of sh*t. After [which] she eventually got slapped back, very softly, slipped and fell in the bushes."

The woman discussed in the email thread was a member of a university sorority.

"Dude a brother laid his hands on a girl with letters on, and everybody is talking about it," another email stated. "It is a big issue. And no Chris, even if a b*tch punches you in the nuts, you don't hit them ever. Especially when you're wearing letters. That being said, let's formulate an excuse."

Another email showed one EI member chiding another after seeing him with a "pint-sized slut" and advised, "If your [sic] trying to get laid tonight bro don't go with the Asians. They're hit or miss. You gotta go straight whore."

Gawker reported on Monday that 70 pages of correspondence between members of the Epsilon Iota (EI) chapter of Alpha Tau Omega -- which has not been formally recognized by the school since 2001 -- were released late last week. Members of Epsilon Iota reportedly work in senatorial offices and political action committees.

Some of the material has also been posted on an anonymously-run Tumblr page, The Fratergate AU.

"We are not the thought police, we cannot, nor do we want to, censor the things that people think, which is why we have published everything," the Fratergate posted. "What we do want is to educate people and raise awareness that this pervasive rape culture MUST be changed. Fratergate exposes the physical and current manifestation of this culture, and it is the forum in which we can create concrete change right now by opening the discussion."

The campus newspaper, the Eagle, reported that an online petition has been created calling for the school to expel the members of the group to be kicked out.

"In addition to clear violation of AU's Student Code of Conduct, the presence of EI students on campus is a clear threat to the safety and well-being of American University students," the petition states. "AU students who contributed to those emails (especially those discussing illegal activities, trivializing sexual assault, and using misogynist, sexist, racist, and homophobic language) should not be students at this university. By perpetrating these heinous acts, they have proven themselves unworthy of being members of our community."

The Huffington Post reported on Monday that school President Neil Kerwin released a statement promising a transparent investigation, but warning that privacy laws stopped the school from saying whether it expelled any students because of the emails.

"We will communicate as circumstances warrant, and we will continue to promote the highest level of awareness on our campus about student conduct, the behaviors identified in the emails, and the role and responsibilities of fraternities and sororities in our community," Kerwin's statement read.