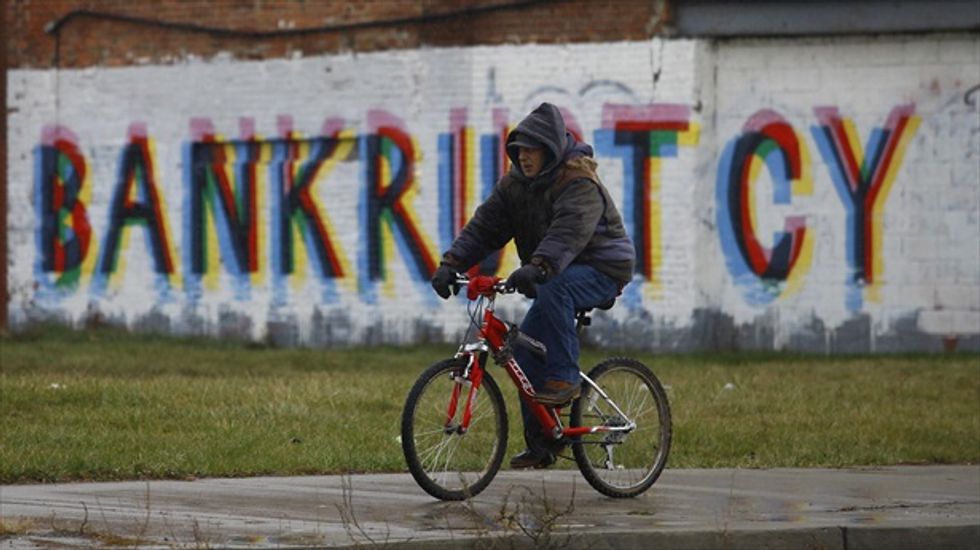 (Reuters) - A U.S. bankruptcy judge on Wednesday approved Detroit's plan to borrow $120 million from Barclays PLC to improve services in the cash-strapped city.

Judge Steven Rhodes, who is overseeing Detroit's historic bankruptcy case, overruled objections by city creditors who took issue with the timing and structure of the loan.

"This court has previously held the city is service-delivery insolvent," Rhodes said.

Detroit has said it plans to use some of the loan proceeds on public safety improvements.

The loan deal emerged early last month after a larger loan was rejected in part by the judge in January. The previous loan, backed largely by city casino tax revenue, included $165 million that Detroit wanted to use to pay two investment banks to end soured interest rate swap agreements that contributed to the city's filing of the biggest municipal bankruptcy in U.S. history in July. Those swaps were used to hedge interest rate risk on some Detroit pension debt.

In January, Rhodes ruled that the $165 million price tag was too high for the broke city.

On Thursday, the judge will hold a hearing on Detroit's latest plan to terminate the swaps at a deeply discounted cost of $85 million. Given the smaller amount of money and the fact it would be paid over time, the city has said it would no longer need to include it in the borrowing.

Under the $120 million loan, Detroit would no longer pledge the casino tax revenue, which is crucial to helping the city get back on its feet as it restructures its $18 billion of debt and other obligations. Instead, the city is pledging income tax revenue and the proceeds of asset sales, except for property of the Detroit Institute of Arts.

[Image: A man rides his bike past graffiti that reads "Bankruptcy" in Detroit, Michigan on Dec. 3, 2013. By Joshua Lott for Reuters.]