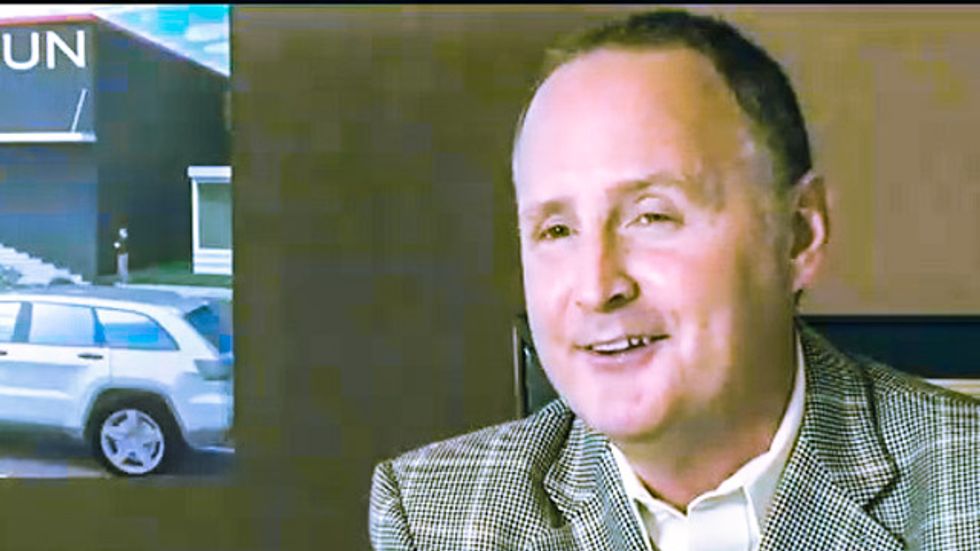 A gun range in Oklahoma is thought be the first in the state to apply for a liquor license.

"As a group we wanted to build a place, the first one in Oklahoma, where you could go in, shoot, enjoy the retail area and then go to the café," Jeff Swanson, owner of the Wilshire Gun Club recently told KOKH.

When the club is complete, the 40,000 square-foot facility is expected to have 24 firearm lanes, 10 archery lanes, a simulation room, classrooms, and a VIP lounge with alcoholic beverages.

Swanson said that club members were being discouraged from shooting while impaired.

"Once your order a drink your driver's license is scanned and you are red-flagged and you're not allowed into any of the shooting facilities either as a spectator and certainly not as a shooter for the remainder of the day," Swanson insisted.

Co-owner Jan Moran told The Journal Record that the policy would be to "shoot first, then drink."

Capt. Brent Fairchild, spokesperson for Oklahoma's Alcoholic Beverage Laws Enforcement (ABLE) Commission, pointed out that the idea was a recipe for disaster.

"Any misconceptions or joking aside, beer and bullets, guns and alcohol, they do not mix," Swanson noted, adding that club policies to prevent drinkers from shooting could be circumvented because "where there's a will there's a way."

"So no matter how many safeguards you do put in place there's always someone who's going to try to get around those," he said.

The Oklahoma City Council is expected to vote on May 27 to decide if Wilshire Gun Club can move forward with its plans.