Bill Maher on Republicans: It's a 'sick position' to actually be in love with your guns 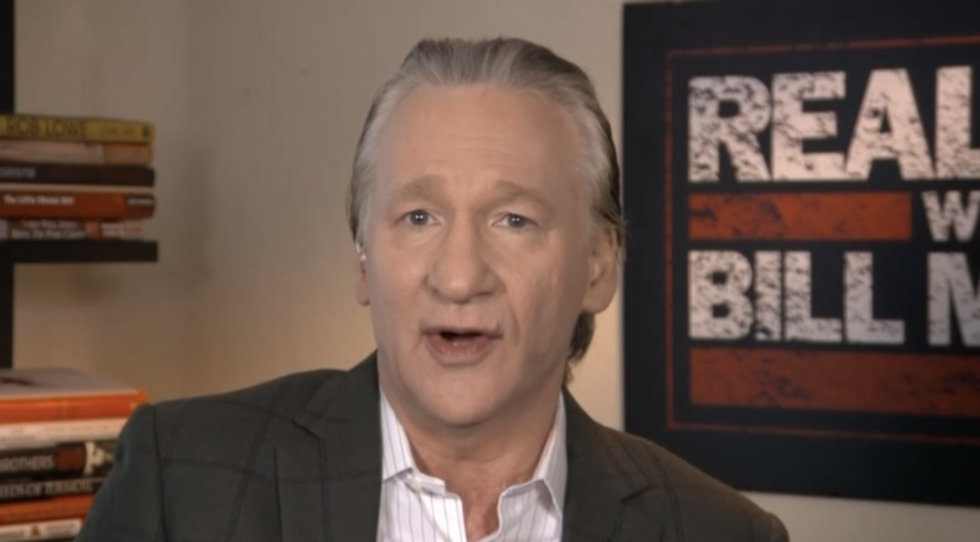 In a Thursday night discussion with Fusion's Jorge Ramos, "Real Time" host Bill Maher talked about the Second Amendment, gun ownership and his ambivalence about personally owning a firearm.

When asked by Ramos if he owns a gun, Maher said, "Yes, but what I'm critical of is the fact that I live in the gun country and that no one seems to be really trying to get rid of guns."

"Of course, I think the Republicans are insane about guns," he continued, "because they love guns, which is a sick position to have in the first place, to love something like a gun? I don't love my gun, I have it the way I have, you know, antibiotics. It's not something I love, it's something in case of an emergency that I might have to use."

He went on to say that he wishes that the U.S. had a genuinely liberal party. The Democrats, he said, are virtually indistinguishable from the Republicans on gun laws.

"One party loves guns and one party likes guns a lot," he quipped. "It's ridiculous."

Watch the video, embedded below via Fusion TV: