Bill Maher: Republicans win by cheating, but liberals make it easier for them 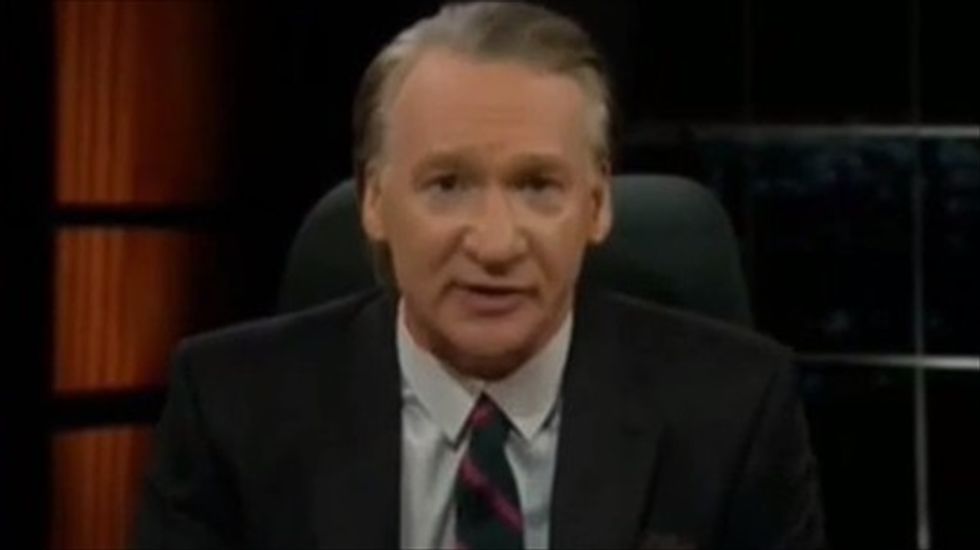 Real Time host Bill Maher said on Friday that Republicans only win elections these days by cheating, but also criticized fellow liberals for making it easier for them by annoying the rest of the population.

"They mean well, but sometimes when I'm at Whole Foods, I don't want to sign petitions and give to charity," Maher said. "I just want to go in and get a $15 lentl sandwich that'll make me fart for a week. I also, for example, think it's ridiculous that Facebook has now decided we have to choose in our profile from 56 different genders, including transgender, cis-gender, and of course, Bruce jender."

Maher also took a shot at fellow atheists, saying they make him roll his eyes when they file lawsuits calling for a cross to be taken down from a building.

"For f*ck's sakes, we're atheists, not vampires," he quipped. "You can't handle seeing a cross now and then, you picked the wrong country."

That kind of obnoxiousness, Maher argued, makes people leery of politicians "nagging about what we can name our football teams or how big our soda can be," making them more likely to vote Republican.

But despite that, Maher was still mystified that Republicans could win any elections at all, considering their staunch opposition to expanding gun safety laws, raising the minimum wage and immigration reform -- meaning they have to resort to chicanery.

"Gerrymandering the districts, voter ID laws, purging the voter rolls, shortening the voting period, preventing anyone who's been to prison from voting, eliminating same-day registration, putting up billboards in poor Black neighborhoods that say, 'Don't vote, there's ghosts in there,'" Maher said, before adding, "What Republicans have done is tap into the deep, rich vein of cultural resentment that runs through America's heartland like an artery clogged with hate butter."

At the same time, Maher urged voters not to cut off their noses out of spite for the complaints of "political correctness Nazis."

"One of the Republicans' strongest voting blocs is low-income whites who didn't go to college. These are people who desperately need a minimum wage hike. Need unions. They need healthcare. But not if it's got Obama's name on it," he said. "Remember, for every liberal with a cause who makes you go 'Oh, just shoot me,' there's a conservative with a gun who will."