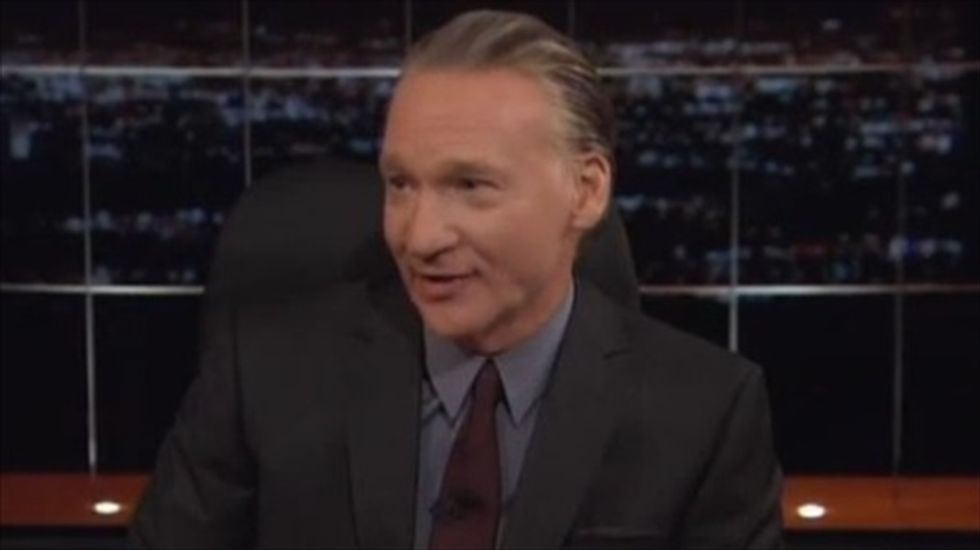 On Friday night, "Real Time" host Bill Maher used the last part of his weekly "New Rules" segment to slam the Republican Party and its growing resemblance to talk radio, an industry that seems to exist only to constantly indulge in "bitching about the government" and spreading "stupidity."

“The GOP has kind of become talk radio, an echo chamber where people are not interested in actually legislating or compromising or fixing America, just in screeching about how liberals have ruined it," said Maher.

So it would only make sense, he said, for men like Michigan Tea Party Rep. Mike Rogers (R) to retire from Congress and get in on the "lucrative business of bitching about the government." It worked, Maher said, for Joe Scarborough, Mike Huckabee and of course, Sarah Palin.

"Why not do it on the radio?" he asked. "The money’s better. And no one can see your toupée." And the Tea Party, he said, "always has room for one more voice in their heads."

Why bother with making any effort to fix a broken government from within, when you can have "a greater effect on influencing stupidity outside of the government."

"Today's Republicans aren't built to govern," said Maher. "They don't want to go to the moon, they want to howl at it. That's why just the fact of getting elected means you're already damaged goods. Unless you act like you're the biggest prick in the room, you're suspect."

Hence, he said, the rise of Sen. Ted Cruz (R-TX), "He's the guy who understands that high office is just a higher form of talk radio."