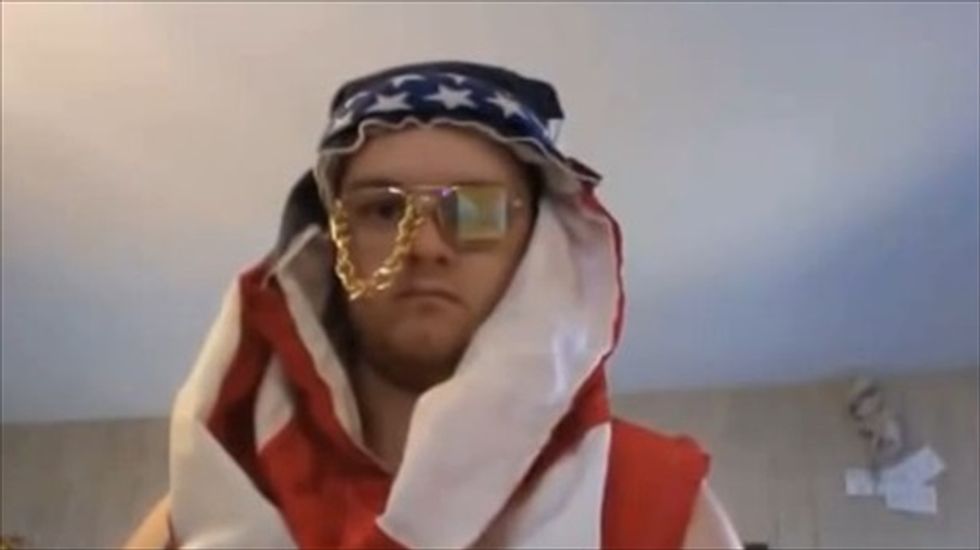 The man identified thus far as the suspect in a fake bomb threat at the Boston Marathon finish line Tuesday night is also tied to online accounts belonging to a self-described performance artist who wants to "bring the world to a more stylish and freely-dressing place."

"I really need exposure," the person calling himself "Kayvon Edson" says in a YouTube clip bearing the same name. "I really need to build this world that I've already started creating."

The YouTube account is also connected to the website for an "eco-awareness and ethical threads" company called Natural Selection, which says Edson founded the project and describes him as "a fashion designer first and a wannabe entrepreneur second. Kayvon knows fashion, and isn't afraid to tell it to ya straight -- even though he's a total f*g."

"What is the purpose of your blog?" a woman asks him in the "Edson" video.

"To bring the world to a more stylish and freely-dressing place," he replies.

In the clip, Edson also mockingly says he's "from Boston, yeah, dude," and wears a variety of odd ornaments on his head, which he describes as his attempt to bring back "the club kid era."

"I believe that there are three kinds of styles: plants, animals, and fungus," he says in the video.