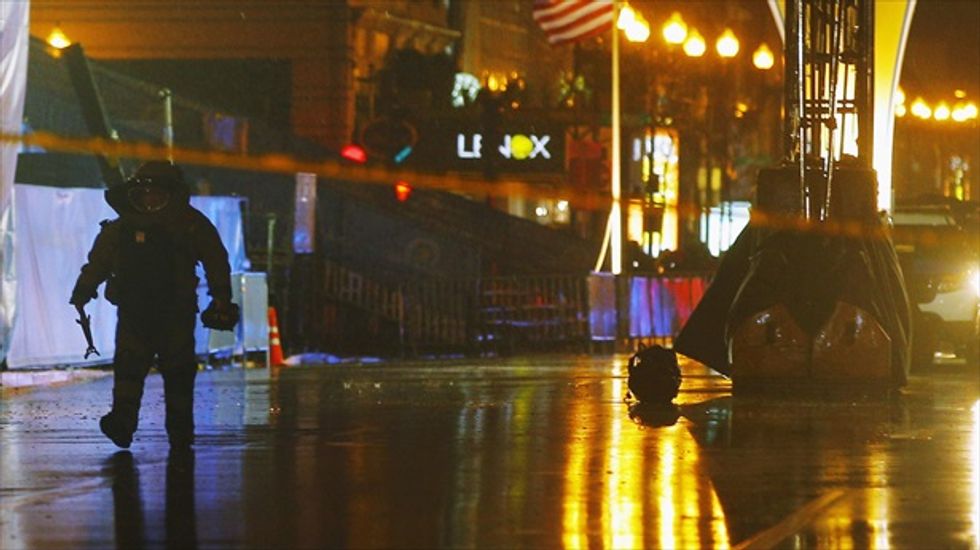 A 25-year-old man was arrested on Tuesday for allegedly leaving two bags near the site of the Boston Marathon finish line on the anniversary of the bombing attack last year that killed three people and injured more than 200 others.

WBZ-TV identified the suspect as Kayvon Edson. Edson was charged with disorderly conduct, disturbing the peace, and possession of a hoax device. He was spotted walking away from the finish line barefoot and yelling, "Boston strong" before being picked up by police.

Edson reportedly told police one of the bags had a rice cooker inside, prompting a call to bomb squad officials. The rice cooker reportedly contained confetti. The other bag allegedly contained photo equipment. Authorities evacuated the area near the finish line for hours before detonating both bags without incident.

Update, 12:35 a.m.: A Facebook page under the same name as the suspect's referenced the two men responsible for last year's bombings, Dzhokhar and Tamerlan Tsarnaev, in a post earlier in the day, saying, "#BloggoristAttack — with Tamerlan Tsarnaev and Dzhokhar Tsarnaev is innocent in Boston, MA." 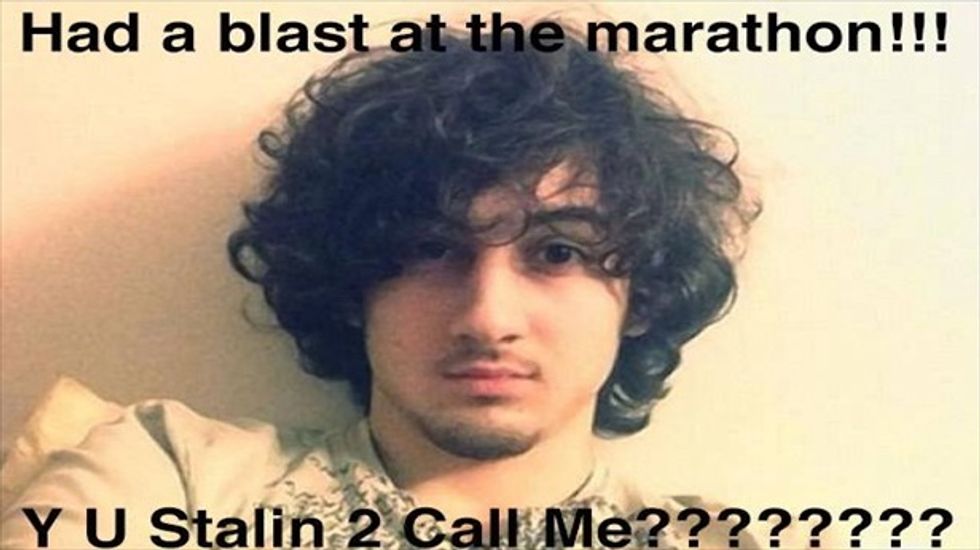 CBS News posted video of the suspect walking away from the scene, which can be seen below.

[Image: A member of the police bomb squad (L) walks away from a bag (R) left on the road near the finish line of the Boston Marathon in Boston, Massachusetts April 15, 2014, during the one year anniversary of the 2013 Boston Marathon bombings. By Brian Snyder via Reuters]