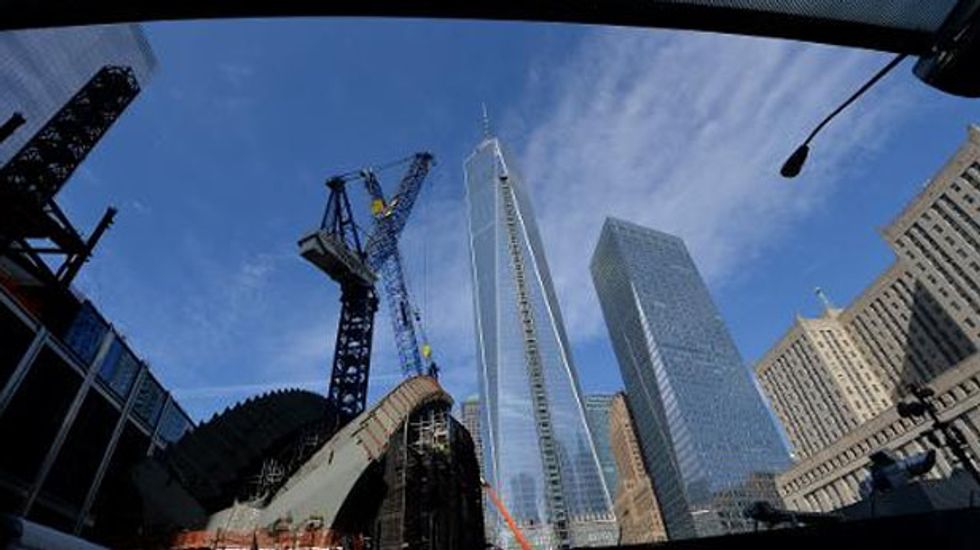 The "Bridgegate" scandal that rocked New Jersey Gov. Chris Christie's administration earlier this year is threatening a deal that would allow developer Larry Silverstein to finish building the next World Trade Center skyscraper.

Silverstein needs a guarantee from the Port Authority of New York and New Jersey to secure a $1.2 billion construction loan for 3 World Trade Center. On Wednesday, the agency's board will vote on whether to approve that guarantee, part of a deal that would provide hundreds of millions of dollars more to the Port Authority and allow it to foreclose on the $2.4 billion tower if Silverstein cannot pay debt service costs.

But Silverstein's deal, even with the concessions to the Port Authority, has become entangled in a fierce debate within the agency over its mission, including whether it should be in the real estate business at all.

Those questions have emerged since the so-called Bridgegate scandal erupted earlier this year. Operatives loyal to Christie's administration caused massive traffic jams on the George Washington Bridge in September, an alleged act of political retribution against a local New Jersey mayor who did not endorse Christie for reelection.

The controversy has led to scrutiny of every corner of Port Authority operations, as well as the resignation of the agency's deputy executive director and board chairman, both Christie appointees.

Most pertinent to Silverstein, it has also led to open debate at the authority - something in which it has not frequently engaged - and to the creation of an internal oversight committee examining operations, governance and political meddling.

Critics have charged that rebuilding the World Trade Center area, which stalled for years after the September 11, 2001 terrorist attacks decimated the site, has taken too much time and energy away from other projects that are more critical to its bi-state transportation mission.

The rebuilding of the World Trade Center "opened the door" for an expansion into areas outside the agency's mission, said Robert Yaro, president of the Regional Plan Association.

While the RPA was originally in favor of the authority leasing the site, the association had also hoped the Port Authority would sell the land, he said on Monday during a meeting of the Port Authority's new oversight committee.

"The only thing to do now is to finish the project," he said, adding that the agency should then get out of all other extraneous projects.

Port Authority commissioner Kenneth Lipper has lobbied openly and repeatedly against the Silverstein loan guarantee. Acting Board Chairman Scott Rechler has said he supports it, however.

At least three board members from each state must approve Silverstein's agreement for it to pass. If it fails, the original 2010 deal would remain in effect, and construction of the tower could be indefinitely delayed. Silverstein has so far been unable to raise the senior debt in part because the market for letters of credit had dried up because of the recession.

He has already spent about $500 million of insurance proceeds to build the lower eight floors of 3 World Trade Center under the 2010 agreement because some of the below-ground infrastructure there was needed to support a Port Authority transit hub.

"To have a dark stump, ad infinitum, sit in the middle of our reborn downtown is going to be incredibly discouraging to potential tenants, to residents, to shoppers, to tourists," said Janno Lieber, Silverstein's head of construction at the site, about what's at stake in Wednesday's vote.

Under the revised agreement, which the parties have been negotiating for at least nine months, Silverstein would pay up to about $100 million over many years for the credit enhancement from the Port Authority - something he has never paid the agency for before, according to two sources with knowledge of the deal who requested anonymity because of its sensitive nature.

Once the space is open, the agency is also slated to receive a $230 million payment from retail operator Westfield America, as well as additional ground rent of at least $70 million.