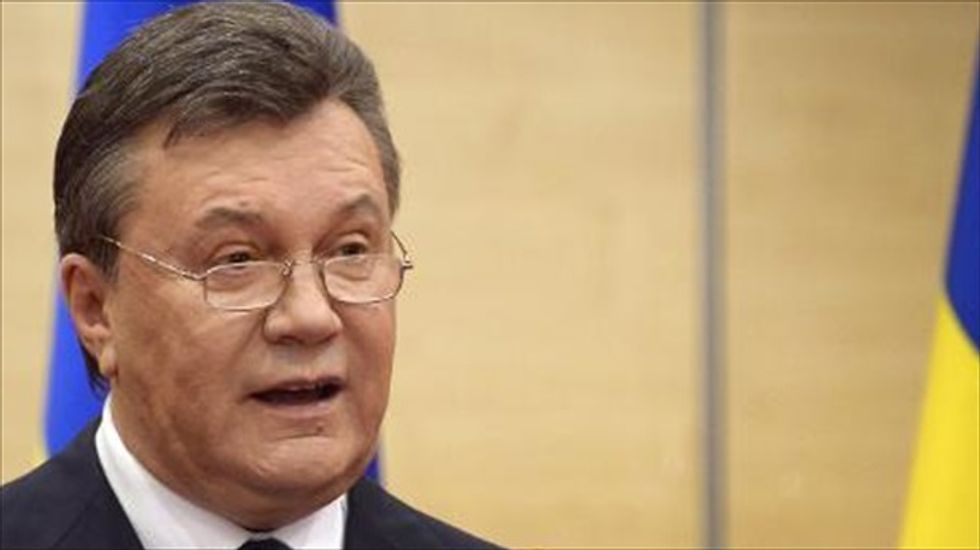 Deposed Ukrainian president Viktor Yanukovych speaks at a press-conference in the southern Russian city of Rostov-on-Don, on March 11, 2014 [AFP]

The announcement came a day before international talks in London aimed at recovering assets which may have been looted under the regime of deposed pro-Moscow president Viktor Yanukovych.

Britain's Serious Fraud Office (SFO) said it had "opened a criminal investigation into possible money laundering arising from suspicions of corruption in Ukraine."

"The SFO has obtained a restraint order freezing approximately $23 million of assets in the UK in connection with this case."

It said it could not provide more details for reasons of confidentiality.

Swiss authorities have ordered a freeze on the assets of both Yanukovych and his multi-millionaire son Oleksandr, as well as 18 other former ministers and officials.

Yanukovych was ousted in February following a series of massive protests after he decided to scrap an agreement with the European Union in favour of closer ties with Russia.

He fled Ukraine for Russia.