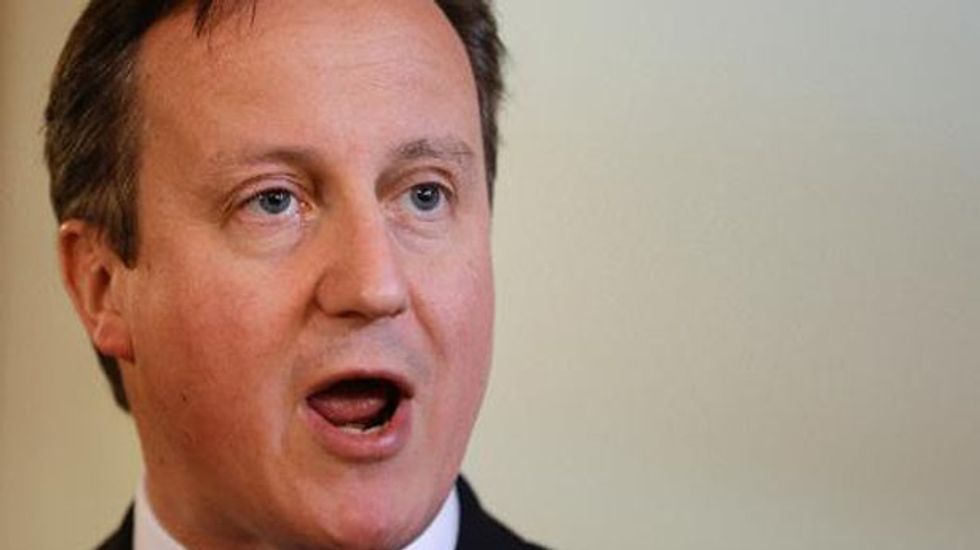 British Prime Minister David Cameron was accused on Monday of sowing sectarianism and division after stressing in an Easter message that Britain was still a "Christian country".

The criticism came in an open letter signed by 55 public figures, including writers Philip Pullman and Terry Pratchett and the Nobel Prize-winning scientists John Sulston and Harold Kroto.

Cameron, a member of the established Church of England, has been increasingly vocal about his beliefs recently, and in an article published last week urged Christians to be "more evangelical" about their faith.

Commentators suggest he is trying to build bridges with the Church, which opposed government plans to introduce gay marriage, and following vocal criticism from many clergy about the impact of the government's austerity measures.

"Some people feel that in this ever more secular age we shouldn't talk about these things. I completely disagree," the Conservative prime minister wrote in the Church Times, an Anglican newspaper.

"I believe we should be more confident about our status as a Christian country, more ambitious about expanding the role of faith-based organisations, and, frankly, more evangelical about a faith that compels us to get out there and make a difference to people's lives."

The open letter, which was organised by the British Humanist Association and published in the Daily Telegraph newspaper, disputes Cameron's claims that Britain is still a Christian country.

"Constantly to claim otherwise fosters alienation and division in our society," it says.

It adds that highlighting the social contribution of Christians above others, which was also a theme of remarks Cameron made to an Easter reception at Downing Street, "needlessly fuels enervating sectarian debates".

The 2011 census found 59.3 percent of people in England and Wales said they were Christian, down from 71.7 percent ten years earlier.

Cameron has always been open about his faith but not evangelical, following the trend of British politicians to keep their religious convictions to themselves.

Former Labour prime minister Tony Blair was a devout Christian but said he was careful not to speak openly about his faith while in office because "you always get into trouble talking about it". He converted to Roman Catholicism in 2007 after leaving office.

A spokeswoman for Cameron said the prime minister had made clear as far back as December 2011 that he believed Britain was a Christian country, although he recognises the importance of different faith groups.

"He has said on many occasions that he is incredibly proud that Britain is home to many different faith communities, who do so much to make the UK a stronger country," she said.