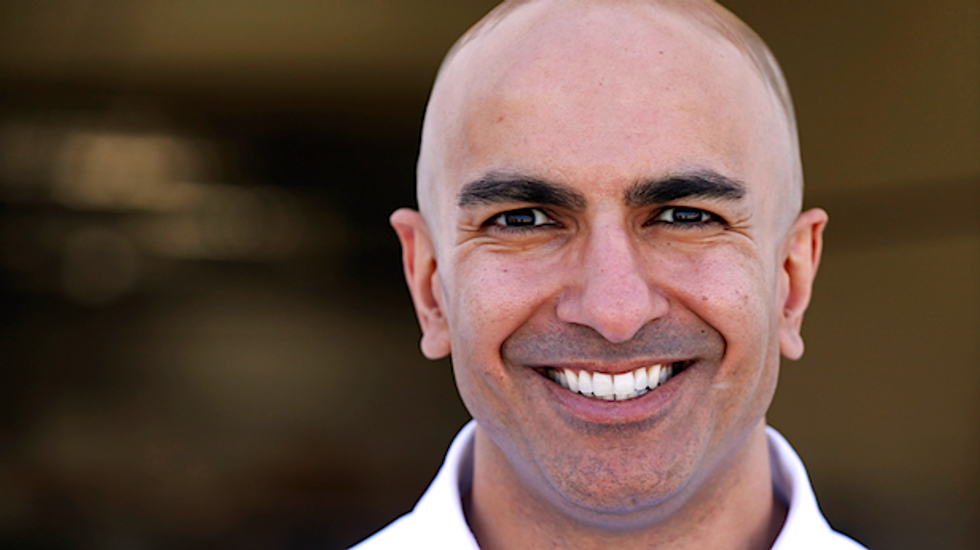 Kashkari's proposal would waive tuition for students pursuing a four-year degree in any science, technology, electronics, or math subject in exchange for a percentage of their future earnings after graduation.

It came as Kashkari, trailing a distant third in recent polls behind incumbent Jerry Brown and Republican Tea Party favorite Tim Donnelly, is struggling to add momentum to his campaign before the June primary.

"The point here is to reduce the barriers of student debt," Jessica Ng, a spokeswoman for Kashkari, said on Tuesday.

Ng said there was a shortage of students trained in science, technology, engineering and mathematics "and this is one way we can incentivize students."

Kashkari is a former Treasury Department official who served during the mortgage meltdown spanning the administrations of George W. Bush and Barack Obama.

He hopes to unseat Brown, who is seeking an unprecedented fourth term at the helm of the most populous U.S. state.

To face Brown in November, Kashkari needs to come in ahead of Donnelly in the state's open primary, which allows the top two vote-getters to advance to the general election.

Kashkari, who is seeking support from business interests in the state and is more moderate than Donnelly on many social issues, has made jobs and education his campaign cornerstone.

He was widely believed to be a strong contender for moderate voters when he entered the race in January. But conservative party activists have rallied around Donnelly, pushing him way ahead of Kashkari in a Field poll released earlier this month.

Under the current system, education funds are given to California's school districts and then handed over to individual schools.

Kashkari's program would instead provide funds directly to schools, Ng said, giving teachers, principals, and parents more control over how money is spent. The proposal would also allow public schools to function more like charter schools.

UC spokeswoman Dianne Klein said there were "all sorts of problems" with the idea of trading tuition for future earnings, including the assumption that students who graduate with degrees in math or science always land high-paying jobs.

Bruce Fuller, a professor of education and public policy at UC and a former adviser to the California legislature, described the proposal as "essentially a way to subsidize the training costs for the electronics industry."

"We're going to have a shortage of family physicians, we desperately need bilingual teachers in classrooms, but rather than focus on those needs he would prefer to subsidize the electronics industry," he said.